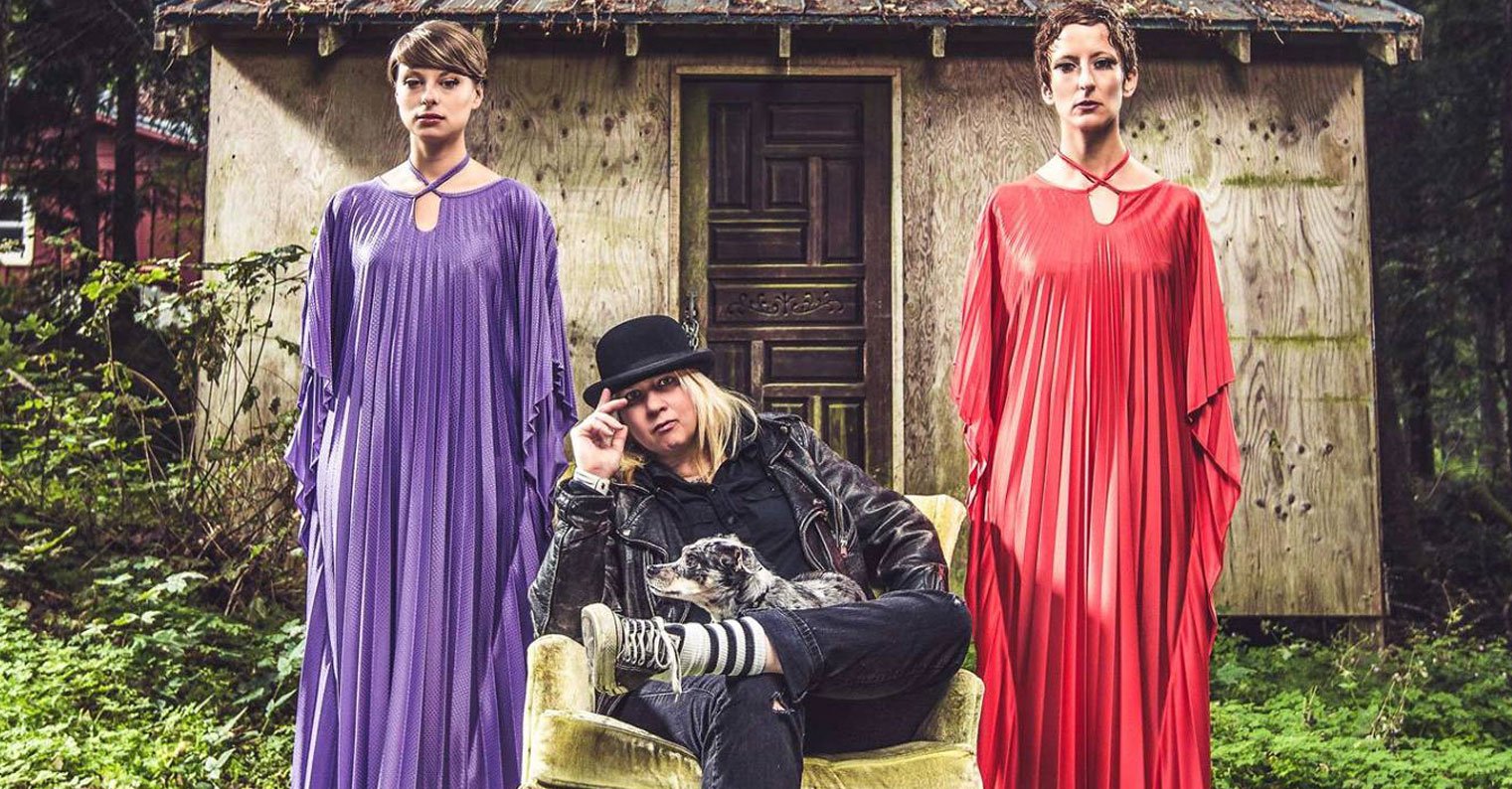 From defining the queercore genre with her groundbreaking band Team Dresch and Chainsaw zine in the 80s and 90s to promoting newer queercore and female artists (notably Sleater Kinney) on her Chainsaw record label, Donna Dresch is a formidable creative force. (Oh, she also inspired the riot grrrl movement in the 90s.)

Not sold yet? No less than the New York Times has Team Dresch as “a sort of riot grrrl supergroup named after their superheroine guitarist/bassist Donna Dresch.” I chatted with superheroine Dresch via email about her current work and how it meshes with being a punk icon.

The past ten years have seen Dresch become a computer whiz and develop award-winning video work at Portland-based creative agency Two Penguins, as well as record and tour with a reunited Team Dresch. Just like the Team Dresch song She’s Amazing, Dresch’s range of experience and talents and the energy she gives to the things she loves is truly amazing. “I like to think I know a little about a lot of things,” she jokes modestly.

Dresch’s punk roots, especially in the Pacific Northwest, run deep. Before starting Team Dresch, she played and recorded with Lois, Dinosaur Jr., Screaming Trees, and Mary Lou Lord, among other alterna-greats of the grunge era. She started her own fanzine (the aforementioned Chainsaw) and contributed to many others (Homocore, Outpunk, Jigsaw, etc.) that celebrated punk, queercore, and female artists. Bonus punk credential: she acted in an early-90s, no-budget exploitation film about girl gangs, The Yo-Yo Gang.

With such a storied pedigree, what would make a punk icon turn to a full-time office job? 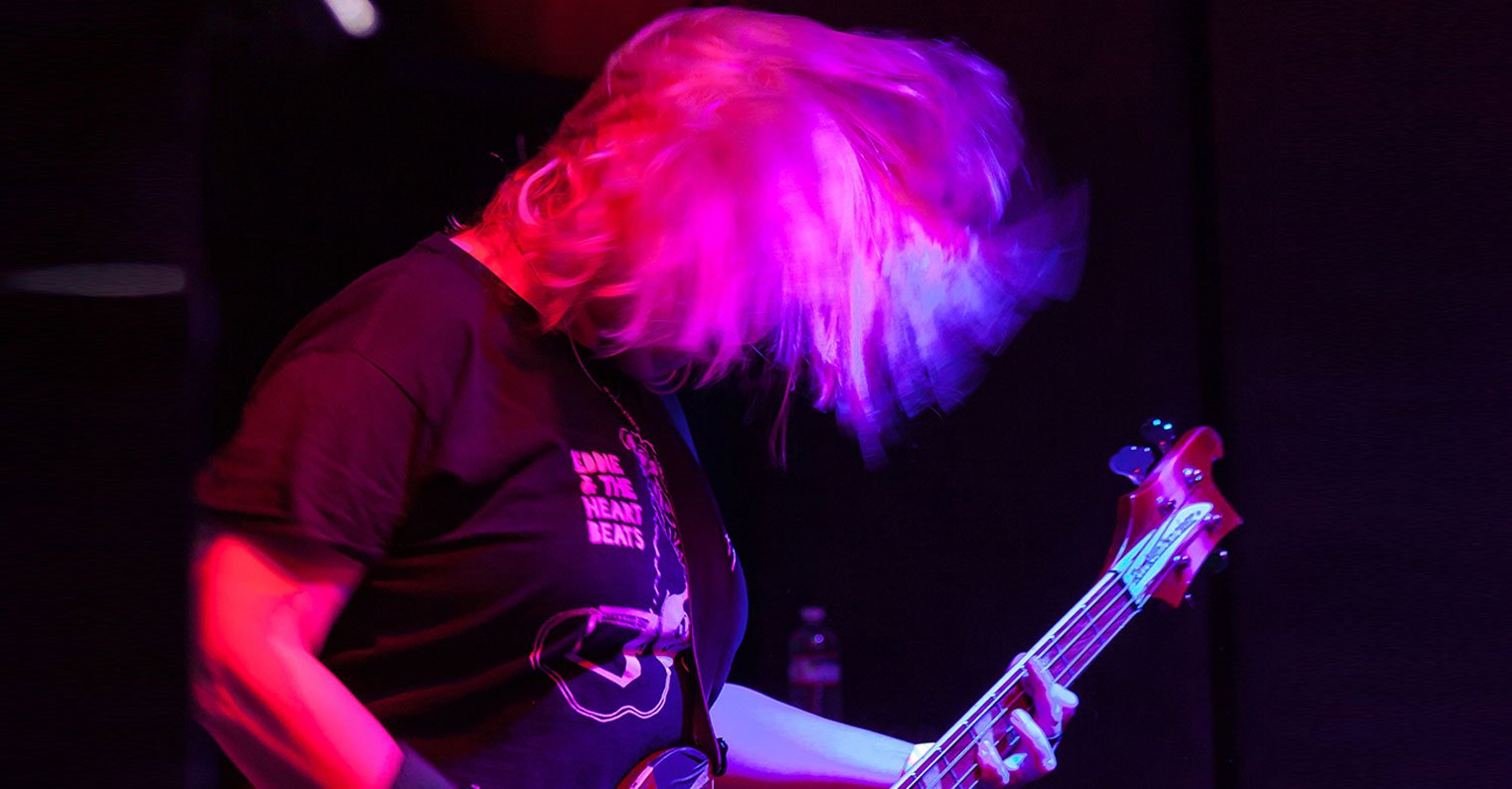 From punk rocker to computer nerd

Dedicated to the analog world, Dresch was resistant to music’s move to digital. “I had been working in the music industry for all my adult life. Around 2006, sales all but stopped for CDs and vinyl as the shift to online digital started to get more popular, and it’s just a medium that isn’t as fun to me. I love getting covers back from the printer and listening to test pressings and stuffing 7” records into plastic sleeves,” she writes.

“. . . the reason I got into video is because of my love of creating fun things with a computer.”

She shuttered her Chainsaw label in 2006 and made a surprising move. Though disenchanted with the digitization of music, she started to become more interested in computers in other mediums. “Selling mp3s on iTunes just felt boring to me. Which is a little funny now that I say that since I’m such a computer nerd, and the reason I got into video is because of my love of creating fun things with a computer. I decided to go to school and became obsessed with After Effects,” writes Dresch. This led her down a totally new career path into video production.

How did Dresch find her current role as video guru for Two Penguins? Like many of us: through social media. “My good friend Courtney posted on Facebook needing someone who was great at After Effects, and I hounded her about it,” Dresch explains. “I was nowhere near good enough for the job, but I ended up interning at Two Penguins for a couple of months since I was good at all sorts of other computer-related things.”

Her video editing and production skills grew over the next decade, and she rose up to head the whole post-production team: “I would work on the website, databases, media management, and when we got too busy, I started editing. That was ten years ago. I was lucky enough to land at a place that I could learn as I worked.”

In addition to loving the work, Dresch has found a great personal fit at the company. “Two Penguins is a perfect match for me. I get to work with a lot of like-minded creative people who are great collaborators, funny, smart, professional yet relaxed,” she writes.

Compared to touring and recording with a band, video editing can be a solitary job where you spend hours on end behind a bay of computers. But Dresch has found connection through the work. “I think when I first started in video I wanted to work alone and do everything myself, but over the years I’ve learned to LOVE working with other people to get projects to a place that makes clients happy,” she writes.

“The beauty of short format is every day there is something different to do.”

How does collaborating on creative commercial projects compare with collaborating with bandmates? “With the band, I bring in a riff that I like and then everyone adds parts and ideas, and with some fine tuning, it gets to a place we all like. The collaboration is kind of similar with both,” she explains.

For Dresch, video production provides both potential for collaboration and a satisfying mix of tasks. She explains, “We wear a lot of hats at Two Penguins, so I get to edit, and dive into GFX and audio mix. Once I am handed the footage, I am a part of every aspect until it is delivered to the client . . . The beauty of short format is every day there is something different to do.”

So, what does she find hardest about this kind of work? Dresch says, “I think the most challenging part of any project is the first frame. That empty page before you write the first word.”

Music is the thread

Just like when she makes and performs music with Team Dresch, as well as when she releases records from her band and others on her label, music is the thread that most excites her video work. “I LOVE getting short projects that are music related. They are the most fun to edit,” Dresch explains. She brings her musical way of thinking even to projects that aren’t music related. “Even if I’m working on a project that has zero music to it, I’ll stick a song on the timeline that fits the mood I’m going for. That will be my baseline or beat that pushes me on through the edit,” she writes.

Just as the transition from analog to digital dramatically changed music distribution, video has gone through huge shifts in the past decade. Where and how viewers consume video has altered what advertising clients want and what video editors like Dresch do. “Clients want more and more formats of each video. You will have your main video but then there needs to be multiple versions for many different platforms . . . everything needs to be available for mobile. I’m sure as more platforms show up it’s only going to get more that way,” she explains. “Since everything needs to be mobile, it changes a lot of things. Like, larger text for example. Everything needs text since often people don’t have the volume up on their phones. Editing with that in mind could be challenging.”

Dresch has built a fulfilling video production career at an agency that harmonizes well with her personal musical endeavors. “Fortunately, the workplace culture at Two Penguins is awesome. We have a great flex time program, and with enough planning, I can squeeze in time for shows and recording pretty easily,” she writes.

She’s built an enviable life that allows time for work, life, and creative balance. “It’s pretty easy to manage Team Dresch since everyone in the band are my family, and we spend as much time together as you would with your closest friends,” writes Dresch. “For the most part, it works out with enough advance notice and a really good calendar.”

To the enemies of political rock

With gender politics a hot topic in the media and gender equality under attack by the current U.S. political administration, Team Dresch’s political punk rock is as relevant as ever. Jealous Butcher Records recently reissued the entire Team Dresch catalog, and the band is back together touring and recording. Their celebrated 2019 tour was dotted with sold-out shows, with tickets often selling out in a matter of hours. “We just released our first single in nineteen years and reissued everything we have ever recorded. It’s been amazing being able to tour and support it,” writes Dresch.

If the news is stressing you out and you’re seeking connection with a supportive community, then get yourself to a Team Dresch show. Dresch promises, “Our shows are one big giant love fest. If you ever need to feel some positive vibes, come to one of our shows and meet some people in the crowd.”