Honoring the women behind some of cinema's most iconic works 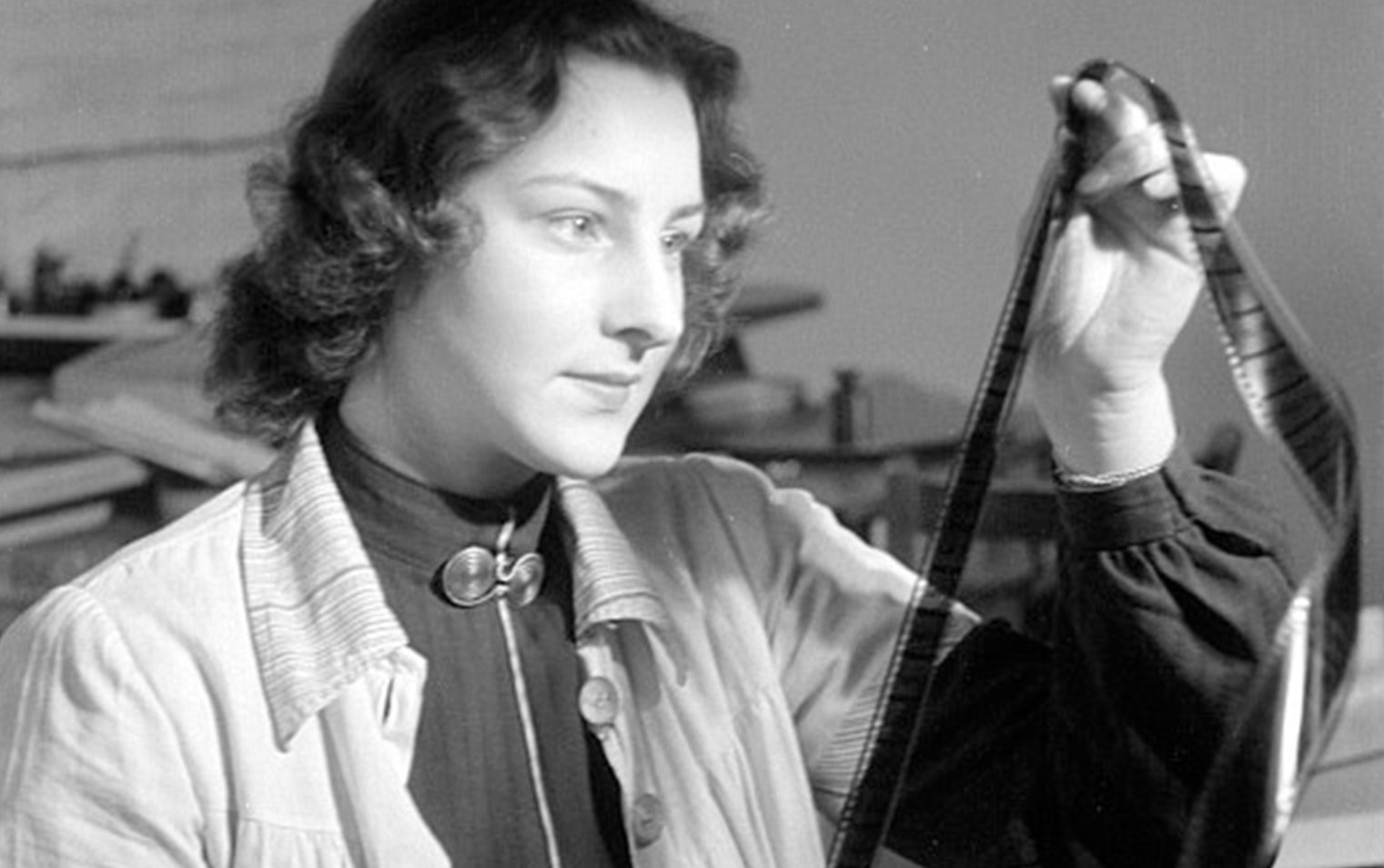 Women’s History Month has come and gone, but we think putting a spotlight on women for a scant thirty-one days out of 365 is super bogus, kinda like the Academy of Motion Picture Arts and Sciences’ attempt to sideline editing at this year’s Oscars.

With that firing us up, we transformed our irritations into a post that celebrates editing and women, who edited just 23 percent of top 500 box office titles in 2018. They haven’t necessarily gained much ground since 2016, either: The ratio of white male editors to their underrepresented women counterparts has remained 58.8-to-1, which is ironic, given that film editing was one of the first jobs available to women in the industry. It was originally considered remedial work to splice reels together, and men only got involved once editing proved to be such an essential (and lucrative) practice.

So, as we strive for a more equitable future in the film and TV industries, it’s important to look at the women who paved the way, as well as those who are blazing a trail for the women yet to come.

Perhaps the grandmother of the field, Margaret Booth helped launch editing as a profession. She was initially considered a “patcher,” or film joiner, for D.W. Griffith, as she worked to make ends meet after her brother died in a car accident. By 1924, such experimental cutting-room work secured her a job at Louis B. Mayer’s studio, which later merged with Metro-Goldwyn to form MGM. Producer Irving Thalberg allegedly coined the term “film editor” as a proper hat-tip to Booth’s skills, and she eventually became the studio’s supervising editor. She received an honorary Oscar in 1978 and edited her last movie not long after with 1982’s Annie. Booth died at the age of 104 in 2002.

A prolific editor of smaller-scale projects through the 50s and 60s, Verna Fields started mentoring film students at the University of Southern California and funneling them into Hollywood. Nascent director Steven Spielberg tapped her to edit Jaws in 1975, with Fields’ contributions helping launch the first-ever summer blockbuster. Christened “Mother Cutter,” she was hired as vice president of feature productions at Universal Studios and became one of the first female executives in the industry. Her editing credits further included Paper Moon, Medium Cool, American Graffiti, and Daisy Miller. Fields was honored with the Women in Film Crystal Award in 1981, one year before her death.

Dede Allen’s career endured almost as long as did Booth’s. Born in 1923, she changed the editing and pacing of Hollywood films with her use of the jump cut, as well as a European staccato style and overlapping sound techniques. Allen was nominated for three Academy Awards, but her signature moment may still be the dramatic ending ambush of Bonnie and Clyde in 1967. Using about 50 cuts in a minute, Allen delivered audiences a thrilling and innovative conclusion. "It's a very exciting profession because you really get to play other characters. You get into a story, and that story becomes real to you," she told NPR. "I suppose it's like an escape.” Allen was honored in 1994 with the American Cinema Editors Career Achievement Award. She passed away in 2010.

Another trailblazer in the field, Barbara Hammer championed cinema for the LGBTQ communities. Her avant garde, often-challenging works touched on menstruation, lesbianism, sex, and feminist theory. Her signature title, 1974’s Dyketactics, deployed more than 100 shots in a span of four minutes and left critics stunned. Hammer was dedicated to producing work that avoided the masculine gaze, and she joined advocacy efforts during the AIDS crisis. She died this year at the age of seventy-nine. 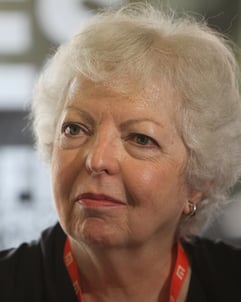 Born just one year after Hammer, three-time Oscar-winning editor Thelma Schoonmaker was honored with a BAFTA Fellowship earlier in 2019. It’s a stunning coronation of a long journey: The Algerian-born Schoonmaker endeared herself to Martin Scorsese at an NYU film study program and helped salvage some botched cutting work on his 1963 title, What's a Nice Girl Like You Doing in a Place Like This? Nevertheless, Schoonmaker originally struggled to meet the criteria for the editors union in the 1970s, and her career stalled as a result. Her first Oscar nomination came in 1971 for Woodstock; her three wins were for Raging Bull, The Aviator, and The Departed. Schoonmaker works with Scorsese to this day and is listed as the editor of his forthcoming film, The Irishman. “I think the women have a particular ability to work with strong directors,” she once said. “They can collaborate. Maybe there’s less of an ego battle.”

Marcia Lou Griffin was an ambitious commercial editor and a student at USC’s film school when she met her first husband, George Lucas. She then edited The Rain People and American Graffiti — and was Martin Scorsese's go-to supervising editor for his first studio movies — before helping Lucas write the first drafts of Star Wars. Her work was finally recognized with an Oscar at the 50th Academy Awards. Marcia’s contributions to the massive franchise run deep: She famously warned George, “If the audience doesn't cheer when Han Solo comes in at the last second in the Millennium Falcon . . . the picture doesn't work.”

Born in South Africa and educated in Australia, Margaret Sixel pulled off a herculean effort in editing husband George Miller’s Mad Max: Fury Road. Due to the number of cameras and the intense vehicular stunts involved, she was required to compress more than 470 hours of footage into a two-hour masterpiece. She was recognized with BAFTA and Academy Award wins, and Fury Road resonated with action-flick fans and feminist audiences alike. It may be her magnum opus to date, but Sixel has also edited more whimsical works like Happy Feet and Babe: Pig in the City and was involved in a string of Australian advocacy documentaries in the late 90s.

Two more contemporaries worth celebrating: Mary Jo Markey and Maryann Brandon. A team that linked up while working on J.J. Abrams’ Alias, Markey and Brandon share an eclectic filmography that ranges from the show Lost to the movies Mission Impossible III and The Perks of Being a Wallflower. Together they’ve taken on portraying the depths of space, first with 2009’s Star Trek and then Star Wars: The Force Awakens in 2015. Their creative chemistry is palpable, and they shared an Academy Award nomination for the latter film. Brandon is even leading the editing process of this year’s anticipated Star Wars: Episode IX.

Exemplifying the strides women are slowly but steadily making in editing, Joi McMillon stands out as the first black woman ever nominated for an editing Oscar for her work with Moonlight. She’s already become a trusted confidant of director Barry Jenkins, having known him since she was a student in film school, and her filmography includes If Beale Street Could Talk, Lemon, and the forthcoming Zola. Before such prestigious works, she edited TV comedies and reality shows. “I think a lot of people have seen the need to be more diverse,” she told Blackfilm recently. “Listen to that call. Be conscious of adding more diversity in the cutting rooms.”
Steven Louis is a writer based in Los Angeles.
Read more by Steven Louis