5 Must-Do’s for Your Online Portfolio

A digital portfolio when you're in the creative industries is imperative. Do you have one? 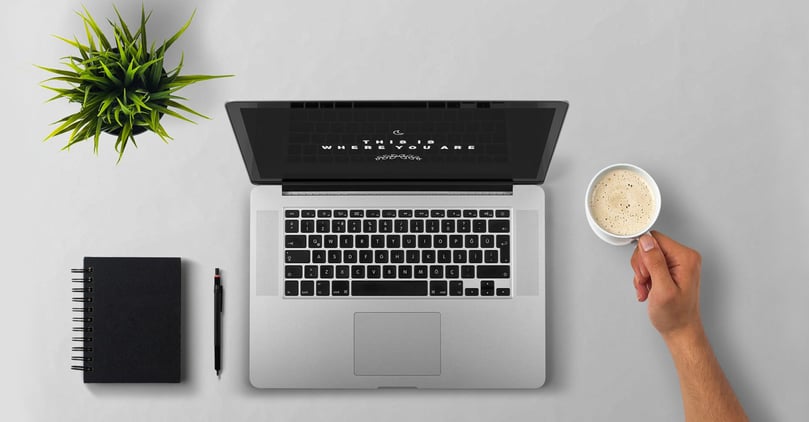 If you’re a freelancer in the creative industries, having an online portfolio is critical. Most designers, art directors, copywriters, and cinematographers — just a few job titles in the creative fields — maintain their own up-to-the-last-good-project site because they know it plays a huge part in getting more work.

But I’d argue everyone in our industry should have one — from the greenest production assistant all the way up to the A-list editor or commercial director who lets their editorial or production company website do the talking for them.

Here’s why: A website should show the work you’ve been part of creating.

That’s probably obvious. But people interested in hiring you also want to know what you’re like to work with, and your website is your best chance to let them know that — but in your own words.

“People interested in hiring you also want to know what you’re like to work with, and your website is your best chance to let them know that — but in your own words.”

Here’s an example of what I’m talking about.

My old employer Wieden+Kennedy had a screening series where accomplished filmmakers who straddled the line between the film and commercial worlds would come to Portland and give a sneak peek of their latest feature film to a roomful of the agency’s producers and creatives. The hope was that they’d get commercial work down the road based on that screening.

After Yann Damange screened his film ‘71, which won him a British Independent Film Award for Best Director in 2014, a creative director asked how he’d found such great kid actors. Simple, he replied, I go to boxing gyms. The kids are confident, and they’re used to taking direction, Damange explained.

A few weeks later, W+K sold a Nike football (the non-American kind) commercial that featured a cast of kid actors. They thought of Damange immediately and hired him specifically because of his answer earlier.

This is exactly the kind of outcome a production company roster-style website would never communicate, but a site created by a creative person could and should. Believe me — I reviewed hundreds upon hundreds of portfolio websites every year while I was a co-director of Wieden+Kennedy’s in-house ad school WK12.

So, I’m going to share some key pieces of advice for making a great portfolio site that’ll make clients and recruiters keep looking versus turning away.

All too often I hear people talk about building their website like they’re building the pyramids, but unless you’re trying to get jobs making websites, don’t build one from scratch. Use any of the easy-to-use, off-the-shelf portfolio site products like Cargo Collective or Squarespace that have tons of well-designed templates to choose from.

I highly recommend a style that has project thumbnail images on the homepage, any one of which you can click on to see the full project. It’s easy on the eyes and the industry standard.

Pick your best projects, choose a homepage image, post a video or still assets of each project, and a write-up that explains it. Then finish it off with an About Me page and your social media links and there you go.

You should be able to go from no website to a website you can show to friends for feedback in a day.

Don’t put everything you’ve ever done on your website.

When I was looking at WK12 applicants sites’, I’d look at the first, second, and fifth projects (just to see how deep their experience went). If I liked what I saw, I kept clicking. If I didn’t see anything compelling that made me think or laugh or lean in, I’d move on. If I was on the fence, I’d click on something near the bottom of the homepage that looked intriguing.

Most creative directors, potential clients, and recruiters similarly take a quick scan before deciding if a person is worth a closer look, so show the good stuff. You need at least six good projects but probably no more than fifteen. You can share more, especially if you’re so good you have, like, fans. But if you’re mostly using the site to get work, no one is looking at more than fifteen projects.

Freelancers tend to lead with their biggest, most corporate work because it makes them seem legit and hirable.

But here’s the thing: Most corporate work is pretty boring. 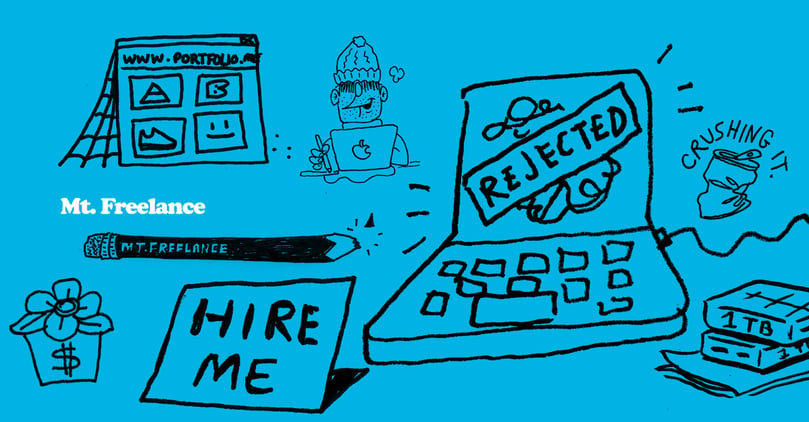 And very rarely are you truly able to showcase your voice and creative talents within the confines of a client’s project.

Share the stuff you made because you wanted to make it. The projects that show your true voice and talents. The “personal projects” that you’d show your parents or an old friend from high school are the same ones that are going to interest or excite anyone.

Sure, you need to include some paying work to show you get paid to do what you do. But the only client looking to hire a copywriter who showcases dull corporate blogs they’ve written is a client who wants their corporate blog to stay boring.

4. Tell the story of each project

Don’t just say you worked on a project, although being super clear about your role is important. Over the course of a few paragraphs, tell us the story of the project from your perspective. What did you learn? What was your A-ha! moment of inspiration? What particularly thorny problem did you think your way out of? Share a great anecdote or humblebrag about how wildly successful it was.

This is that chance I was talking about to give clients a peek into how you think and work so they feel more confident about hiring you.

If you cast kids out of boxing gyms because they’re confident and used to taking direction, tell us! If you were the production assistant and your primary contribution to a project was charging walkie talkies and going on coffee runs, be honest about that.

But also talk about the experience in a way that tells producers that you’d make a great production assistant to hire and groom into being a production coordinator on the fast track to producing.

5. Sharpen your About Me page

All too often people use the About Me section of their website to showcase how hilarious they are or to show off their third-person writing skills.

That’s okay but not at the expense of clarity. Be sure to tell people exactly what you do, what makes you great at it, and the kinds of projects you want to take on.

Anyone looking to hire you — even on a really big, important job — doesn’t have lots of time. The quicker you can communicate these things, the faster they can decide if you’re a potential fit for the job.

So there you go.

If you have already have a site, great. Make sure you’re not making any of the mistakes above.

If you don’t, and you’re still reading, go for it. If you start right now, I bet you can come up with something to share with friends, your parents, or that old college buddy by tomorrow afternoon.

Andrew Dickson is a freelance copywriter who works for clients like Apple, Ikea, and Adidas. He likes freelancing so much he co-created Mt. Freelance, an online course and community designed to help creative freelancers freelance better. Before going out on his own, he spent seven years at Wieden+Kennedy Portland writing ads for brands like Old Spice and running the WK12 ad school. Before that, he was a freelance set dresser, performer, and eBay PowerSeller. Besides freelancing and writing about freelancing, he also performs regularly, hosting storytelling events for The Moth and auctioneering events for schools and nonprofits.
Read more by Andrew Dickson