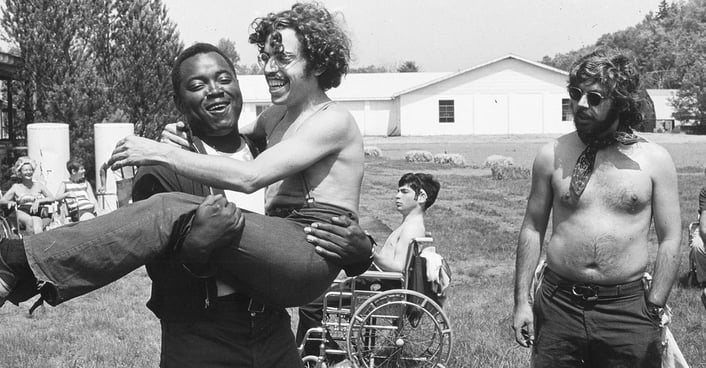 A noticeable shift is starting to take place in the conversation around disability, at least in the film community. As painstakingly documented in the upcoming Netflix film Crip Camp, elevating awareness around the needs of the disabled to a national level was initially slow to evolve — and, if it felt slow to the average American, the pace must have seemed glacial to the disabled community.

However, as evidenced by the “The New Aesthetics of Disability” panel at the Sundance Film Festival in January, people finally seem ready to move the conversation past the community’s baseline needs and into the unique artistic contributions disabled artists, filmmakers, and audiences have to offer.

“We’re showing disabled artists — that’s good. But how do we actually think about this as a complete experience?” asked choreographer Alice Sheppard. Sheppard, who uses a wheelchair, has made her mark by transforming what are normally thought of as mundane tools of accessibility — wheelchairs, crutches, ramps — into fluid artistic props.

The answer to Sheppard’s question may be for artists to begin thinking in terms that are multilayered or “multimodal,” a descriptor initially used on the panel by sound artist Nick Ryan regarding his approach to the sound design of The Reason I Jump, a film that immerses viewers into the world of a thirteen-year-old boy with autism.

“I can’t get in your head, and you can’t get in mine, and that gap is where the interesting stuff lies,” Ryan said. He felt “the impossibility of simulation” is what informed his work on the film and forced him to be as “multimodal” as possible; that is, using one sense to inform another.

“[Through sound], we can communicate information and a sense of light, color, and texture,” he continued.

Ryan explained that the film’s sound team recorded the acoustic measurements of each space they shot in so that in post-production they could then place the narration into those locations instead of having it just lay flat on top of the action. The technique gives viewers a sense of depth, as though the narrator’s voice is physically in the place being shown on screen. It’s an inventive way to provide a scene with three-dimensionality without actually showing it — an artistic choice that’s inclusive of blind and low-sighted audience members while still enhancing everyone’s experience by being fully immersive.

Panelist and filmmaker Michelle Miles took a multimodal approach to scoring her short film, How Did We Get Here, as well. The four-minute film features a rumbling single sine tone that, in a theater setting, is felt as a vibration as much as it is heard.

Sheppard stated that, although her work in dance is initially visually driven, she then reconsiders her pieces from sound and haptic perspectives because “movement can also be felt and heard” and then incorporates that into her choreography. The key to doing this is to include members of the community who, she says, “know their world best” — blind or hearing-impaired audience members, for example — into her process stage and to have them help shape the aesthetic directly.

Sheppard didn’t discuss this in the panel, but for one of her performances, DESCENT, non-sighted audience members challenged her to think about new access points for them into dance. In response, she and her team developed an app called Audimance, which “offers users a way to experience dance through listening.”

Panelist and filmmaker Rodney Evans, whose film Vision Portraits explores vision loss and the creative process, noted that this was the first year Sundance had required audio description, a tool that orients blind and low-vision audience members to what’s happening on screen, to be included in every theater. “That’s moving the bar,” he said, “but more needs to be done.”

Evans specifically referenced the fact that not every film submitted to the festival is accessible for disabled audiences with closed caption and audio description options. Additionally, not every theater outlet has the ability to support audio description technology. While federal law requires the practice, theaters will often technically have the equipment but, due to budget constraints, usually have staff who don’t know how to operate it. Sometimes the equipment itself won’t have been maintained. 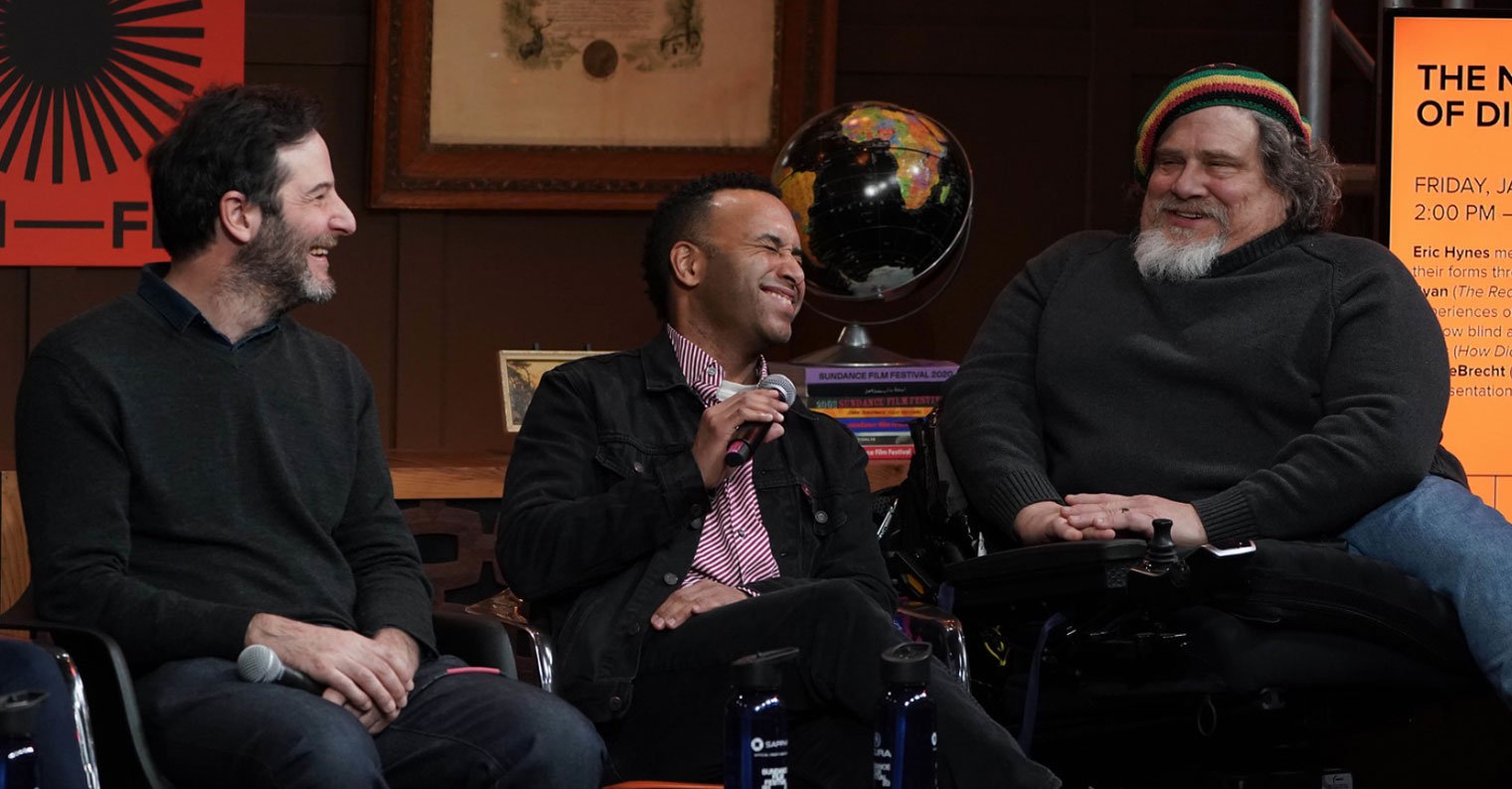 Eric Hynes, curator of film at the Museum of Moving Image and the panel’s moderator, suggested that perhaps it was necessary to create incentives for productions so they can include accessibility measures as a line item in their budgets. Sheppard, however, believes that by steering the conversation away from costs and instead remembering how disabled audiences experience life and art has broad (and exciting) aesthetic implications, it allows us to move away from the view that disability is a burden or something that needs to be overcome. Additionally, she believes audio describers need to be involved from the outset with the creative artist driving the project.

“Be in dialogue with the person writing the audio description so you have control over how the visuals are being translated into language.”

Evans explained that his experience including audio description into his own film involved a huge learning curve on his part. “Stay involved,” he advised other filmmakers. “Be in dialogue with the person writing the audio description so you have control over how the visuals are being translated into language. It can take months to get it right.”

Jim LeBrecht, a panelist and co-director of Crip Camp, said he and co-director Nicole Newnham had been able to go through a few rounds of feedback for the audio description on their film with Netflix but understood it was an exception, not the rule. “Imagine what a game-changer it would be,” he speculated, “if [Sundance] said, ‘In three years from now, every film submitted must be completely accessible.’ It would reverberate throughout our industry and our community.”