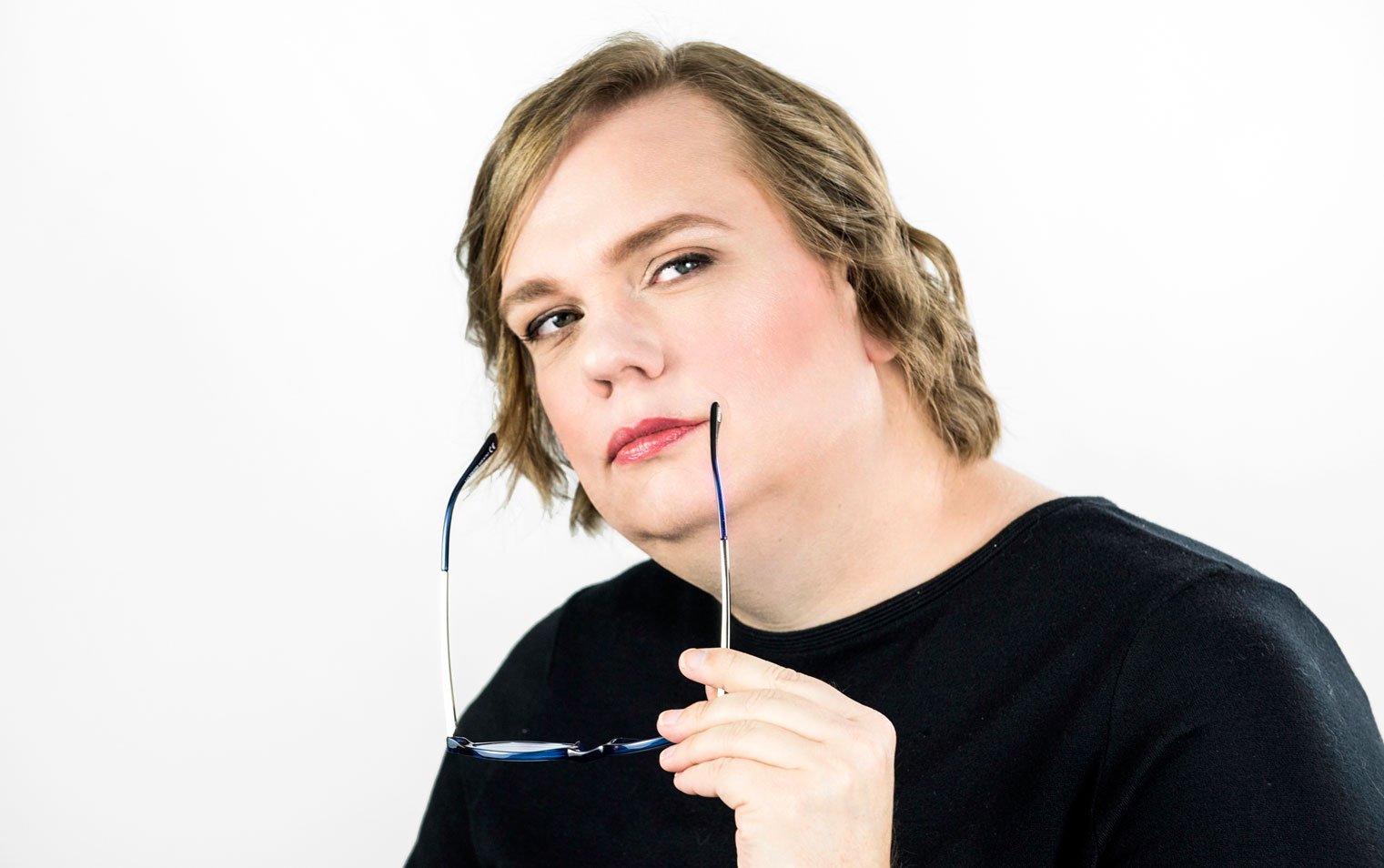 Emily VanDerWerff is tripping out on voices. She recently learned, for example, that male and female voices aren’t all that different. In terms of pitch, voices considered feminine fluctuate between 100 and 525 Hertz, while voices considered masculine typically stay in the 65 to 260 Hz range. A voice in the overlapping zone — around 100 to 260 Hz — could go either way.

“It’s more about how we say things,” she says. “Gwendoline Christie, for instance . . . she’s taller than me. Her pitch is like a step and a half lower than my old male voice. You don’t perceive it that way because of how she speaks.”

In season one of Primetime, VanDerWerff’s podcast on television history for Vox (where she’s also critic-at-large), she did the first six episodes under the name she had growing up in the evangelical church of Platte, South Dakota, and the name she had when co-founding The AV Club’s TV Club. But she did episode seven — the season finale about the 1969 broadcast of the moon landing — as Emily because it aired after she published a striking article last June called The Catastrophist, or: On coming out as trans at 37. 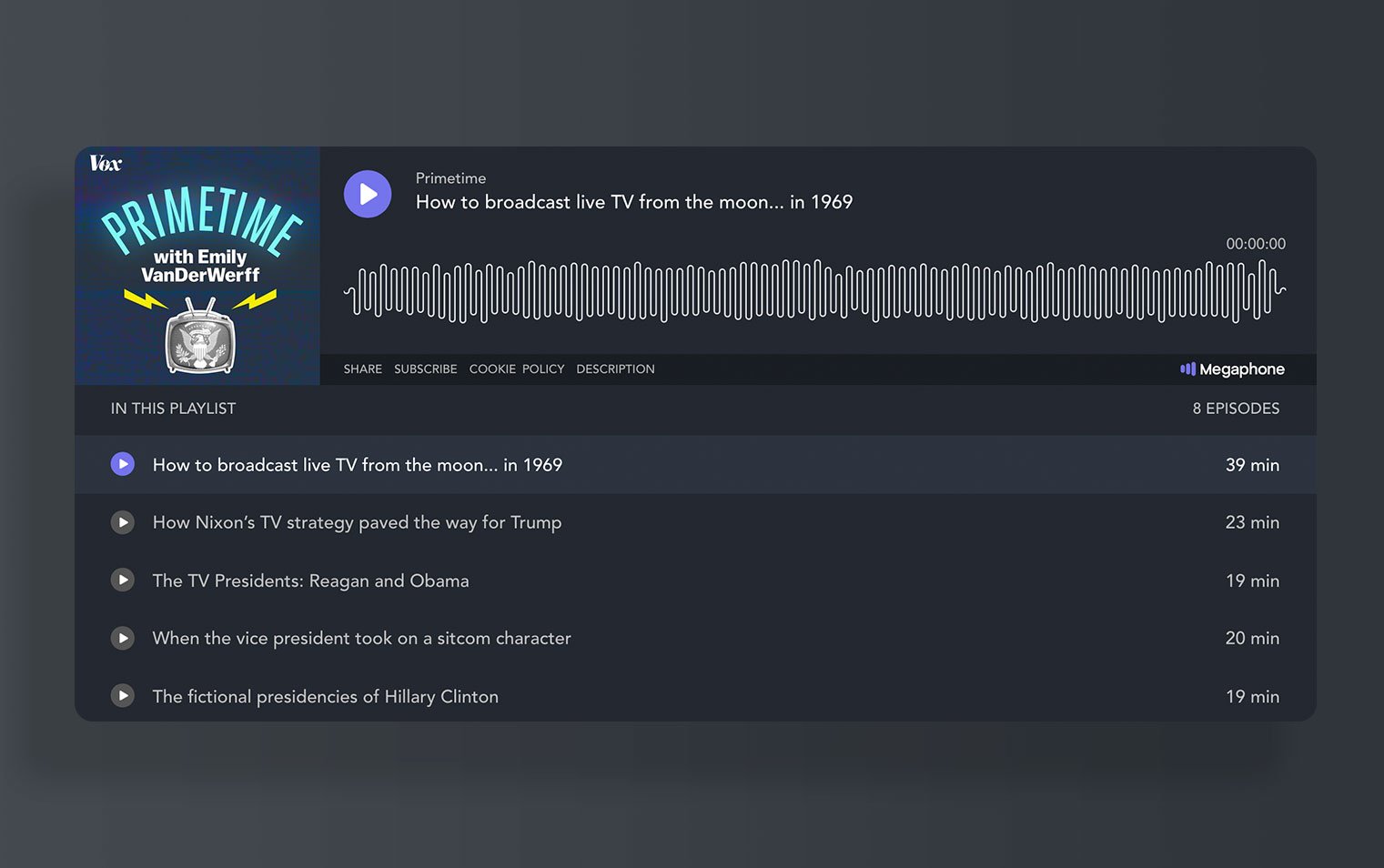 In it, she talked about how her thought progression in the years leading up to her coming out paralleled the three seasons of The Handmaid’s Tale. She discussed how her reaction to the show’s subject matter and characters informed, enhanced, intertwined with, and, at times, complicated her coming out process. It makes sense that someone who’s spent the majority of her life attuned to nuance in popular culture would relay and make sense of her own story via this kind of mirror.

“Cultural criticism talks about the world,” she says. “It sees it as a series of systems and narratives and metaphors. It’s one thing to tell me economic conditions for most people on the planet have improved since the year 2000. It’s literally true. How does that feel, though? That’s what art tells me.”

VanDerWerff often speaks and writes about how we need cultural criticism now more than ever, even though it feels like the world’s ending and a think piece deconstructing Tim Allen’s Last Man Standing might seem frivolous at first blush. But the truth is that several media outlets have laid off culture writers in recent years in favor of more political writing, leaving a palpable void.

“Pop culture helps us embrace our contradictions and helps us understand the stories we’re telling about ourselves,” she says. “I mean, what does it say about the U.S., as a country, that it has produced Captain Marvel, The Lion King remake, Midsommer, Game of Thrones, and Last Man Standing in the past year?” 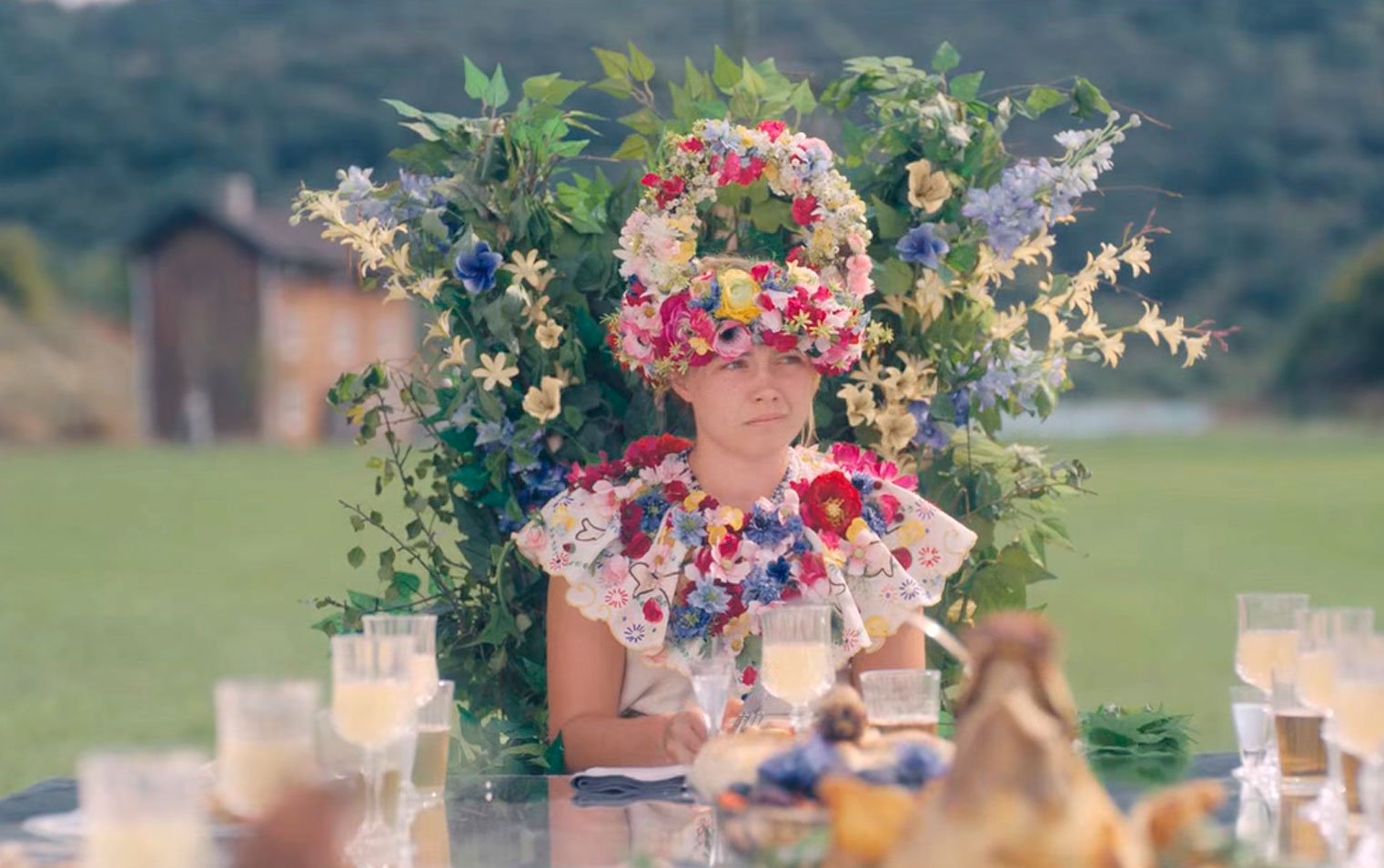 This is the kind of bigger-picture metaphor interpretation that cultural critics are skilled at, VanDerWerff argues, and something she feels is dwindling with the rise of aggregate sites like Rotten Tomatoes and Letterboxd, which have a tendency to leave larger critical arguments behind in favor of politically narrow or this-was-good/this-was-bad-style comments.

Going to the show

VanDerWerff points to the show 24 as formative for her as a critic. Politically, she characterizes the show as “vile . . . just terrible but so compelling and interesting” to work through her feelings around it as a critic. In general, it’s clear VanDerWerff prefers writing about the problematic.

“Fleabag is pretty close to perfect . . . but I can't really say anything about it. You know, it's there, it exists, go watch it. Whereas something that is almost as good but misses the mark in small ways? I will dig into that until the cows come home,” she says.

VanDerWerff attributes this proclivity partly to having been mentored by the critic Matt Zoller Seitz (Salon, NY Times, New York), who she said “loves to forgive things if they’re done interestingly” and partly to the fact she has her own creative projects in the world and has seen how criticism, even when positive, often falls short.

“It's always a relationship between the critic and the artwork,” she says, “but if this is me and this is the art, I think the ideal for most people is that you meet here [halfway].”

VanDerWeff points to Parks and Recreation, a show she liked but felt went past that midpoint line — it held the audience’s hand. “The critics I like to read are willing to go all the way over to the show,” she explained.

These days, VanDerWerff feels herself pulling away from the nitty-gritty of criticism — the grind of reviewing new shows and telling readers what to watch. Instead, she’s drawn to more expansive pieces that contextualize television and film in a larger social realm. Her article on the role of trauma and abuse in the HBO series Succession did just that.

“The critics I like to read are willing to go all the way over to the show.”

“That show gets written about a lot as a comedy,” she says. “It's very funny, but the core of it is so sad and broken. I wanted to capture why that speaks to us in an era when it feels like rich people are driving us over the cliff. I feel like I got at something in that piece that I couldn’t have in a review.”

I mention to VanDerWerff that I have friends who won’t watch Succession because they’re sick to death of watching rich white people on TV. She tells me she thinks that’s fair, more fair than engaging with it and not trying to see its deeper meanings.

Growing up, VanDerWeff gleefully exploited the one blindspot in her religious household: Her parents would let her watch Nick At Night, Nickelodeon’s block of curated classic TV re-runs. So, although she was born in the 1980s, Mary Tyler Moore and other sitcoms of the 1970s were, for her, the golden age of TV. “If you look at my writing,” she points out, “it’s still influenced by older forms of television programming.”

However, VanDerWerff doesn’t believe there’s one canon for TV. Instead, there are multiple canons that rest alongside each other. “Some of my favorite critics haven’t seen, you know, Lost or The Sopranos, or any of these shows considered ‘foundational,’” she says.

VanDerWerff believes that the main qualification for being a TV critic is having a voice that’s interesting and a point of view that’s different — period. Around the time the more recent golden age of television started in the late 1990s/early 2000s, she explains, people started taking TV criticism more seriously. This era dovetailed with a push to hire more diverse voices in newsrooms, and, as a result, TV criticism today skews slightly more female.

She points to Emily Nussbaum, Mo Ryan, Sonia Saraiya, Carolyn Framke, and Alison Willmore as examples. “We still don’t have great representation of critics who don’t live on one of the coasts, who come from economically impoverished backgrounds, who are LGBTQ. We don’t have great racial representation, but in the split between men and women? We’re doing slightly better than movie criticism.”

VanDerWerff says that 2020, with the introduction of new streaming services like HBO Max, Peacock, and Quibi, is shaping up to be an interesting time for the field: “When I first started, people would read about anything because it still felt like you could watch all of television. Now, it doesn’t. Instead, we have to anticipate what people are willing to read about.”

For the past few years, that has meant shows on HBO, Netflix, and FX — in that order. Occasionally, a show like Killing Eve or Better Call Saul will break through, but it’s increasingly more difficult to get people to traverse outside of the those three providers.

Laser pointer on the future

VanDerWerff believes she would still be in the closet if the Trump narrative hadn’t become the dominant one in America. “I still wish that election had gone differently,” she says matter-of-factly. “But it focused me like it focused pop culture. The fact that pop culture was, like, ‘We are living through the apocalypse’ made me look at that in my own personal life. What is the apocalypse that I'm living through that I'm not dealing with?”

VanDerWerff came out first to herself in early 2018 and then the world in June 2019. Since that time, she’s noticed subtle effects on her writing. “I’m much more comfortable writing things about men,” she said.

“ . . . being comfortable understanding myself as a woman for the first time, I was much more interested in the dissection of what men go through.”

This became apparent to her in the course of watching the third season of True Detective and the first season of The Terror, which chronicles a group of men (like Jared Harris and Tobias Menzies) as they’re trapped above the Arctic Circle during winter. She began to realize that, had she been watching either of these shows a year earlier, she would feel compelled to critique the male power structures as an insider.

“Before, I felt like I was trying to understand [those shows] as a man and failing. So many men I knew were, like, ‘Oh my god, this captures it’ and . . . I wasn’t getting it. But watching it, being comfortable understanding myself as a woman for the first time, I was much more interested in the dissection of what men go through.”

The other change she’s noticed has been an uptick in angry emails, but she doesn’t believe these are from people who are judging her for transitioning. Instead, she says, “it’s just from people who see the name ‘Emily.’ They’re just treating me like all my cis female colleagues said they would.” VanDerWerff shrugs.

Still, she’s hopeful. At the time of our interview, she was writing a piece about how the anti-hero culture of the 2000s (Breaking Bad, Weeds, Eastbound & Down, Curb Your Enthusiasm, etc.) presaged all the assholes we’ve had to deal with in real life in the 2010s. (See the article here.) However, pop culture in the 2010s, she argues, was more about people finding community (The Good Place, The Leftovers, Handmaid’s Tale), and even if it was toxic, characters built it together anyway. She hopes this presages what happens in the 2020s.

“I hope we save the world,” she says.