How to Mic Your Livestream, the New Outlet for Musicians 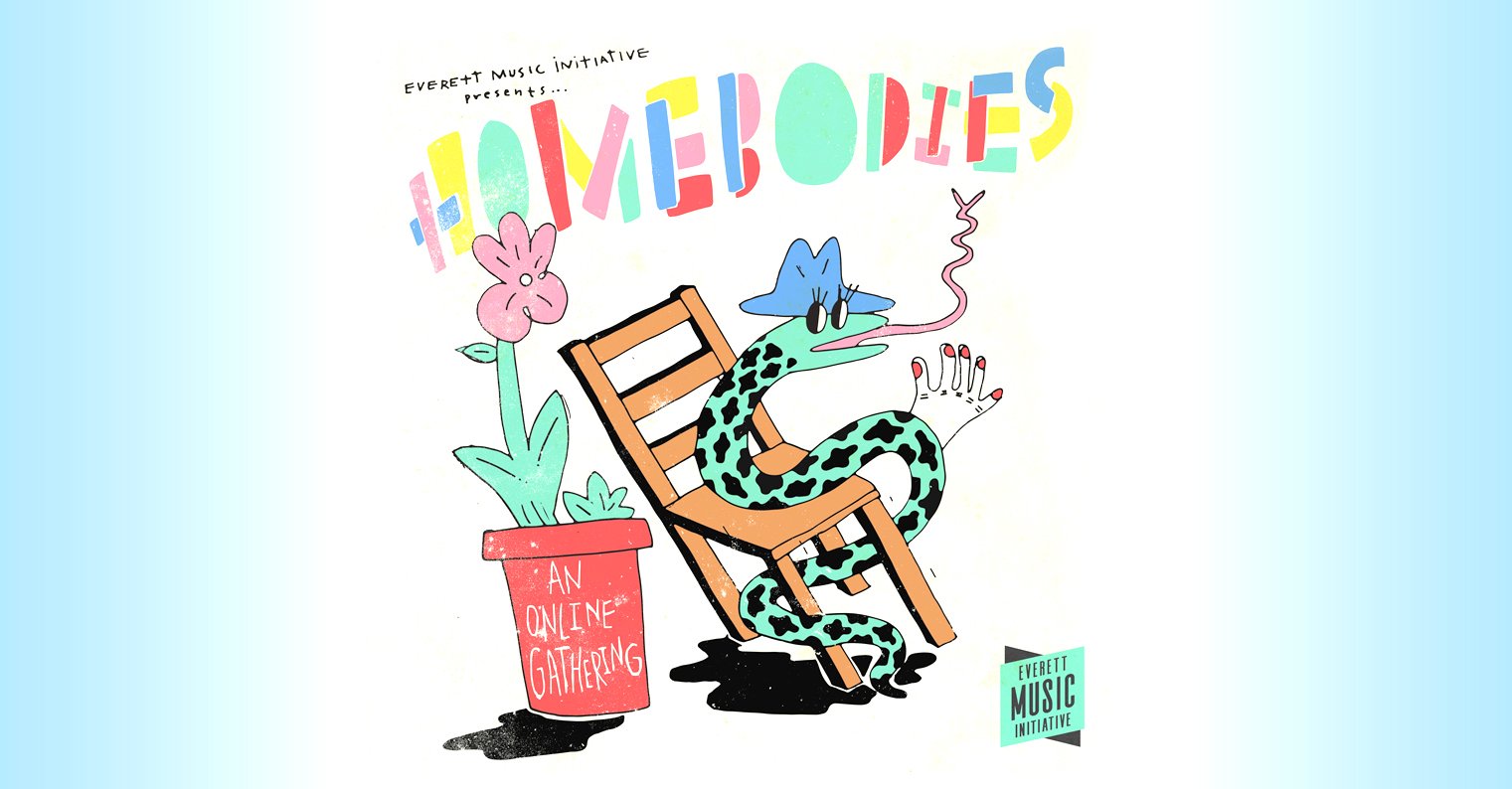 After their Japanese tour was nixed, LAKE decided to try performing via Facebook Live. “It was in mourning of our cancelled Japan tour,” says guitarist Eli Moore.

But the Facebook Live show did not go well.

“It was hard!” says bassist Ashley Eriksson, griping that the band’s Internet was not strong enough in their woodsy abode in Langley, Washington. The band’s Facebook page stopped working during the broadcast, and LAKE ended up doing an Instagram livestream instead. They saw a big jump in followers due in part to a marketing push from Tapete, the band’s record label.

But LAKE has opted to pre-record shows in the future — perfect timing when their friend Ryan Crowther from The Everett Music Initiative reached out about their in-home concert series, Homebodies. The largely volunteer-run collective produces concerts and festivals as a way to help put Everett, Washington, on the map for touring musicians and to spotlight the burgeoning community of local artists.

“Streaming isn’t very romantic,” acknowledges Crowther, founder and co-creator of the collective. After its eighth year running, the Initiative is hopeful but still ready to postpone its annual live Fisherman’s Village Music Festival in May if the pandemic continues to rage.

Crowther, an artist himself, is prepared to get creative. He and other artists in the area watched as local venues shuttered, shows were cancelled, and a new trend arose: livestreaming concerts. “At first, the thought of streaming was such a bummer to me, to be really honest,” he laughs.

But something shifted after watching musicians like Paul Simon, Margo Price, and Jewel play the Luck Reunion’s livestreaming show. “It made me connect with the lyrics and the songwriting and captured the intimacy of the songs in a way you don't typically find yourself doing in a live space,” Crowther says.

He believes the current circumstances hold opportunities. The collective received an overwhelmingly positive response from the artists they reached out to and quickly lined up more than thirty musicians to play Homebodies. The show features prerecorded concerts that “air” each night at 7 p.m. PST, so people can come together and feel like they have somewhere to be. Although viewing is free, viewers are encouraged to tip the performers via on-screen links to their Venmo or Paypal accounts.

Similar livestreaming concerts are happening all over the country, such as the Stay at Home Fest organized by Bay Area artist Whitney Levine last month. She jokes that the day-long festival was no SXSW but that she could at least coordinate the mini-festival to help fellow artists out. Viewers could click into a performer’s Instagram account and tune into their show at the designated time slot. On the artists’ live screen, viewers could see links encouraging them to donate to the artist’s Venmo or Paypal account. 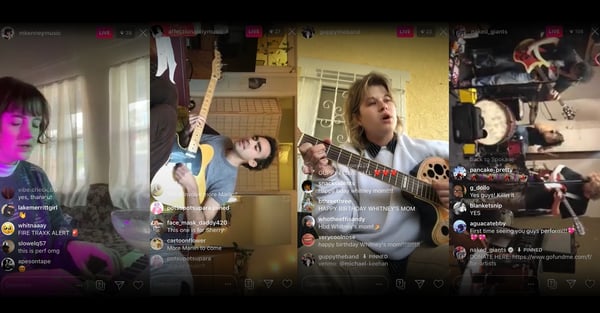 “The main goal of this is for these artists to get donations — all of it completely voluntary, so viewers don’t have to donate if they don’t want to,” says Levine. “I know a lot of people have been laid off from their jobs, so money is tight during these times. A main takeaway I’d hope for viewers and these artists would be to promote physical distancing while advocating for these artists and socially connecting through the arts.”

“We give our art away for almost free already, so now it’s more free, and you’re just hoping viewers will send you some money,” says Oakland musician Madeline Kenney, who’s skeptical about livestreaming.

Yet many artists struggle with how best to present themselves in this so-called “new normal” when they’re used to playing on stage. A pandemic that has many quarantined indoors obviously makes that impossible.

“I don’t really wanna see musicians in their pajamas.”

“I have such mixed feelings,” says Whitney Petty of Seattle-based Thunderpussy. “The whole mystique is sort of what makes us interesting as musicians and is what’s interesting to me. I don’t really wanna see musicians in their pajamas.” 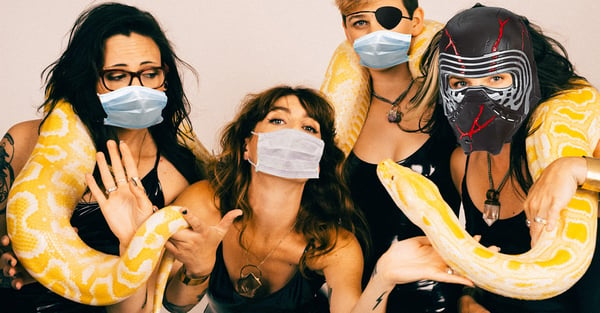 When Seattle venue Nectar Lounge asked the 70s rock-inspired band to play an upcoming livestreaming concert to be filmed and produced with a small crew in early April, Thunderpussy agreed but didn’t know what it’d mean for them financially. “Will there be 2,000 people or quadruple that — or a fourth of that? I have no idea,” says Petty.

Musicians we spoke to generally feel that it’s hard to ask for money right now when it’s often other struggling artists and wage workers who are supporting each other. Petty imagines that for those playing living room shows it’d be fun to mix it up a little, though. “Shift your sound,” she says. “It’s a chance to change course, to rework your songs. Put together a medley, play acoustic — something different.”

There’s no sound guy behind a mixing board at these livestreams, though. While musicians obviously know sound, audio engineering is a whole other beast. Take it from expert sound engineer Robert Auld, who’s done sound on location for WBAI in New York and who has recorded everything from symphonies to rock concerts.

For livestreams, Auld recommends placing microphones about 9 inches from the speaker or performer’s mouth and to the side. If there are multiple musicians performing, center the mic and place it no more than a couple of feet away. The best mic for your home AV system? Auld recommends the AudioTechnica AT2005USB, which comes in at around $80 and plugs directly into your laptop via a USB cable.

For musicians who only have access to the mic on their phone, Auld recommends plugging headphones in. “Any headphones you’d use with your phone have an omnidirectional mic, so they can pick up both your vocals and instruments, and you don’t have to worry about the placement of your phone,” he explains. Auld also suggests plugging an ethernet cable into a WiFi router to avoid the choppy quality that can result from a wireless set-up.

What about musicians playing together from different locations on split-screen? “That’s usually a prerecorded, engineered experience,” explains Auld. Although Zoom is more geared toward speaking, he says you can make adjustments like echo cancellation to engineer the best sound for music. He recommends a brief instructional video from Denmark’s Royal Academy of Music to learn about Zoom’s settings. 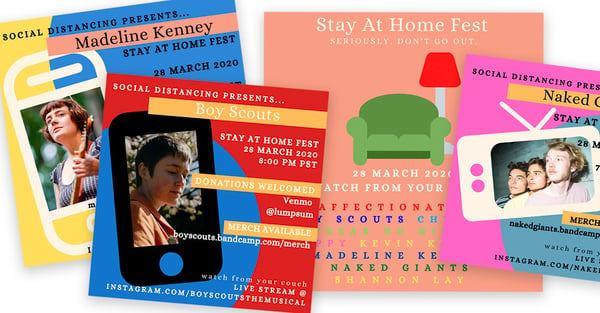 Far from the chattering crowd

Kenney, who joined the Stay at Home Festival lineup, admits livestreams aren’t all bad, even if the sound quality can be a bit wobbly: “It was nice to play the piano and see a couple people receiving the music well, but it’s all odd. Those livestreams are also chat rooms basically, so in a way it encourages ‘talking’ through your set even more than normal!”

Audience chatter during sets is a frequent topic among musicians. What’s its role in livestreams? Could digital platforms provide a more intimate experience, Crowther wonders. For many concertgoers, a big part of the experience is social connection. “Concerts have become such a social place that we all have to wonder: How much of it is really watching the full performance, and how much is just being in the place we like to be?” he asks.

The social aspect of music is exactly why The McAllister Music Studio transitioned its weekly Friday night sessions to Zoom calls. The San Francisco school aims to reduce barriers and create space for new musicians to learn alongside established artists. Its first online open mic session had more than seventy attendees and lasted for hours.

“It was touching to be together. People from the Bay Area, people from Vancouver, the East Coast — all over — which is at least one good thing about all of this,” says founder Ciara McAllister. “It’s bringing people together in unexpected ways.”

The music school transitioned all of its classes to online formats, with Zoom proving to be a successful platform. It’s allowed students of all ages to keep learning and for instructors (most of whom are working musicians) to keep teaching. “Performing and community are the pillars of our community,” says McAllister, who is determined to keep meeting virtually for as long as shelter-in-place regulations are in effect.

“We’re learning so many lessons, so fast,” says Kenney. “Regardless of what happens, we will come out of this different.”

“Since some of these shows have had really great responses and have continued to gain interest, will it be our new normal? Will we be offering this, even when things are open again?” muses Crowther.

Whether livestreams are just a way to get us through these times or not, musicians seek a way to better monetize such shows to pay not only themselves, but other members of their community who make music production possible and, preferably, not to just earn more money for the companies that provide the software. “We’ve got to shift the way we’re doing this, or tech wins again,” says Crowther.