Podcasting is in a gold-rush phase. Experts say to join the industry now before it's flooded. 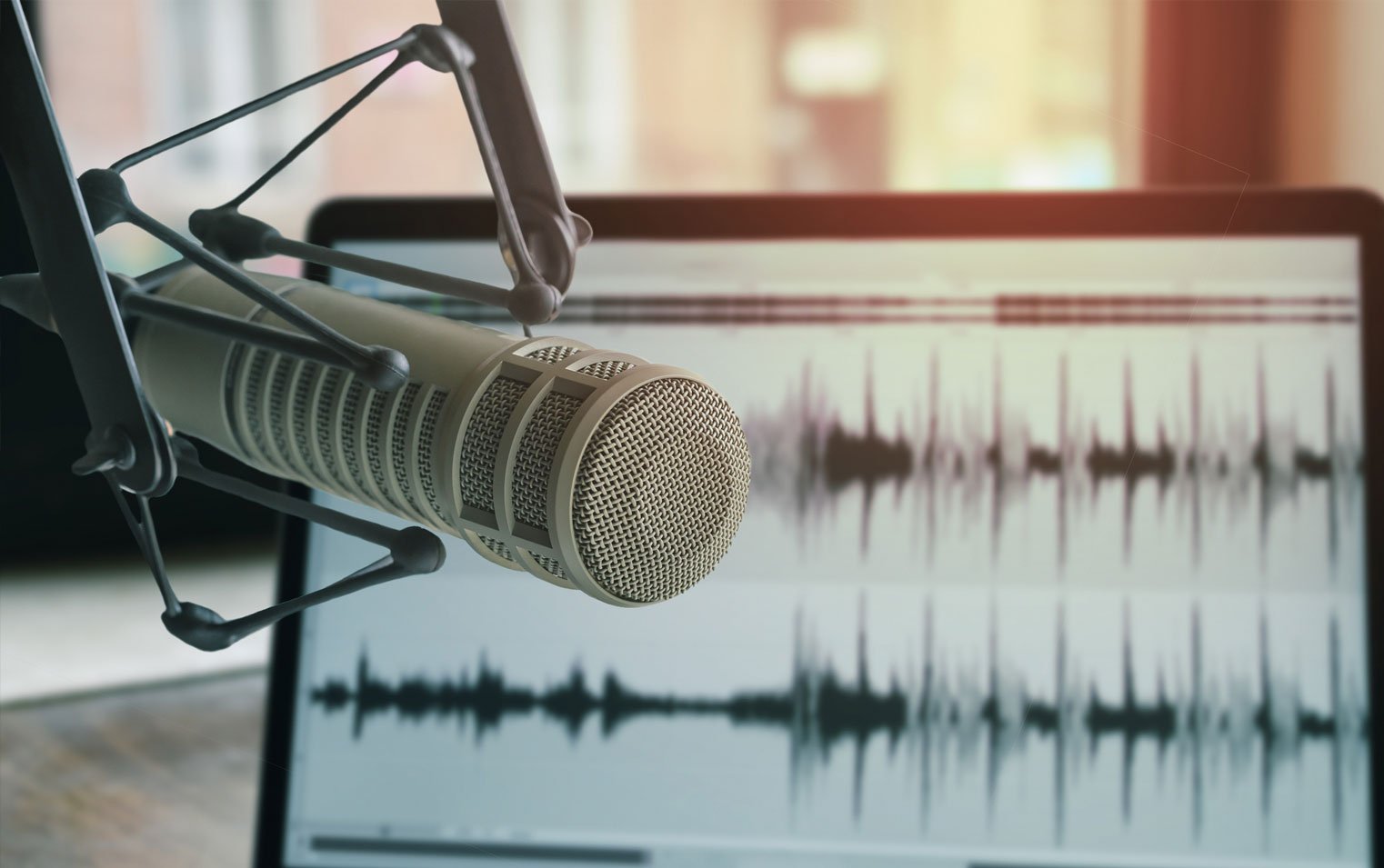 If you’re a podcasting professional, you don’t need me to tell you that business has been good. There are more podcasts, more jobs, and more ways to listen than ever before. But more projects could mean over-saturation, making it harder to get your podcast noticed. Whether you’re a professional or a hobbyist, let’s break down what a creator needs to know for 2020.

For all the Gimlets getting gobbled up by big tech, even more podcast companies are hitting the scene flush with VC cash, like Luminary, Himalaya, and Wondery, all hungry to fund or acquire new material as they try to make a splash in the ever-expanding podcast marketplace. 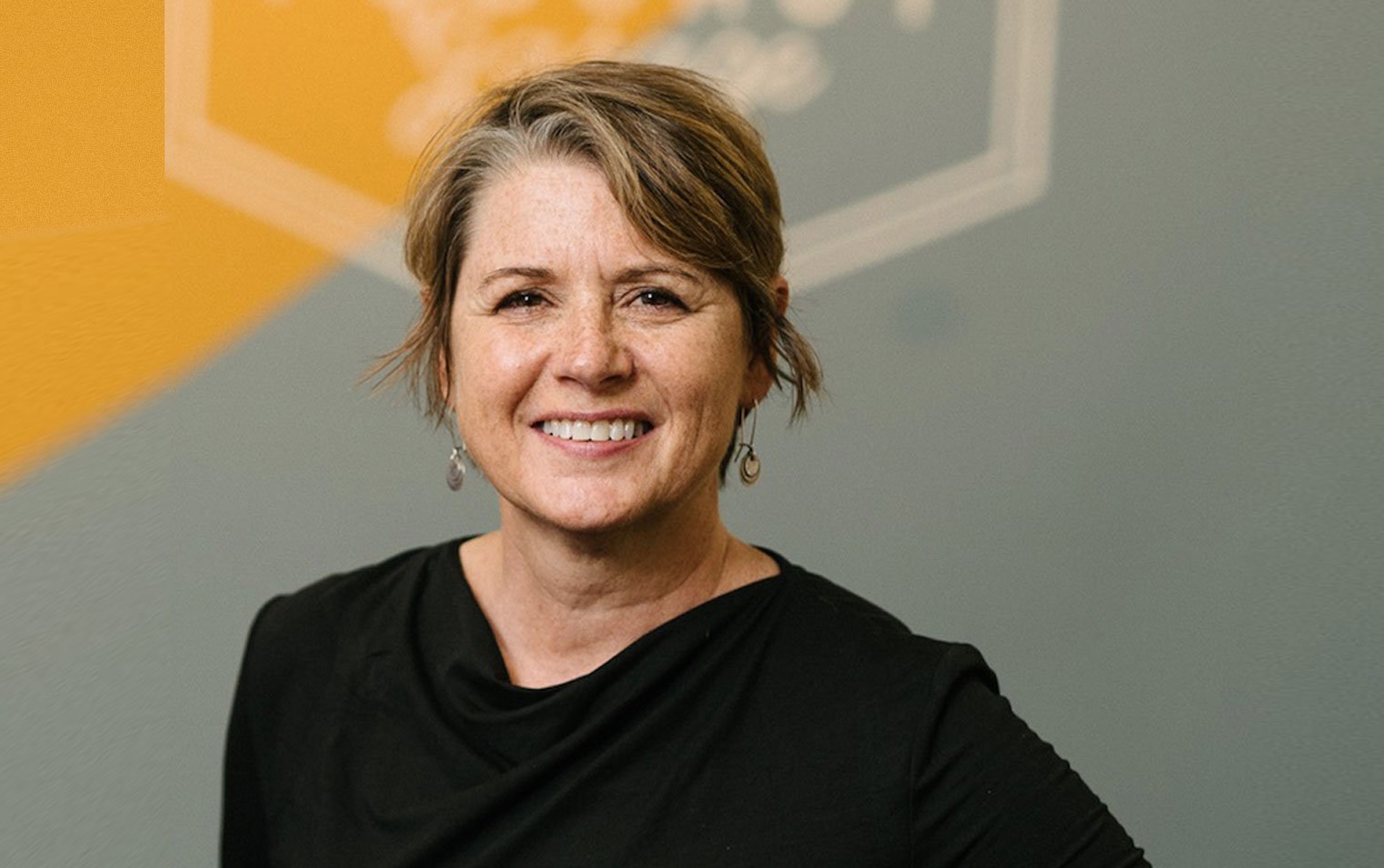 The acquisitions and influx of VC money are signs that the podcasting industry has matured, according to Kerri Hoffman, CEO of PRX, the nonprofit media company that reaches more than 28.5 million monthly listeners with long running hits like This American Life, The World, and the Radiotopia network. Another sign is ad revenue: “Five years ago, when we were looking to get sponsorship revenue for our shows, we had to explain what a podcast was,” Hoffman says. “Now the IAB [Interactive Advertising Bureau] has predicted that a billion dollars in ad revenue will be spent on podcasting by 2021.”

“Podcasting is built on the standards of the open web. How do we preserve that openness?”

This inflow of cash means the number of podcasts and the size of their budgets are going to increase exponentially. While optimistic about the overall industry, Hoffman notes some concerns: “What is the effect of consolidation? What is the effect of all of that advertising revenue? Podcasting is built on the standards of the open web. How do we preserve that openness? Because that's actually where it will grow, and one of the ways we keep it growing is to keep it open.”

As new content floods the market, ensuring visibility will be more important — and more difficult — than ever. When considering new projects, Hoffman pays special attention to “stories that are unique and compelling, that may reach an audience that is unique in some way or the approach to the content is unique in some way.” In other words, same-old, same-old isn’t going to cut it in 2020.

Hoffman points to Ear Hustle as an example of an unconventional show. Most stories looking at life in prison are told by outsiders who are simply visiting, trying to understand what goes on inside without actually living there. Ear Hustle is co-created by Earlonne Woods, who started the podcast while incarcerated at San Quentin State Prison, and Nigel Poor, a Bay Area visual artist who volunteers there. The show captures daily life inside San Quentin. “Ear Hustle is not a criminal justice show,” Hoffman says. “It's about life in prison and literally life: gardening, pets, haircuts, birthdays, visits, eating. The uniqueness of Ear Hustle is to actually give voice to the closed system in and of itself.” 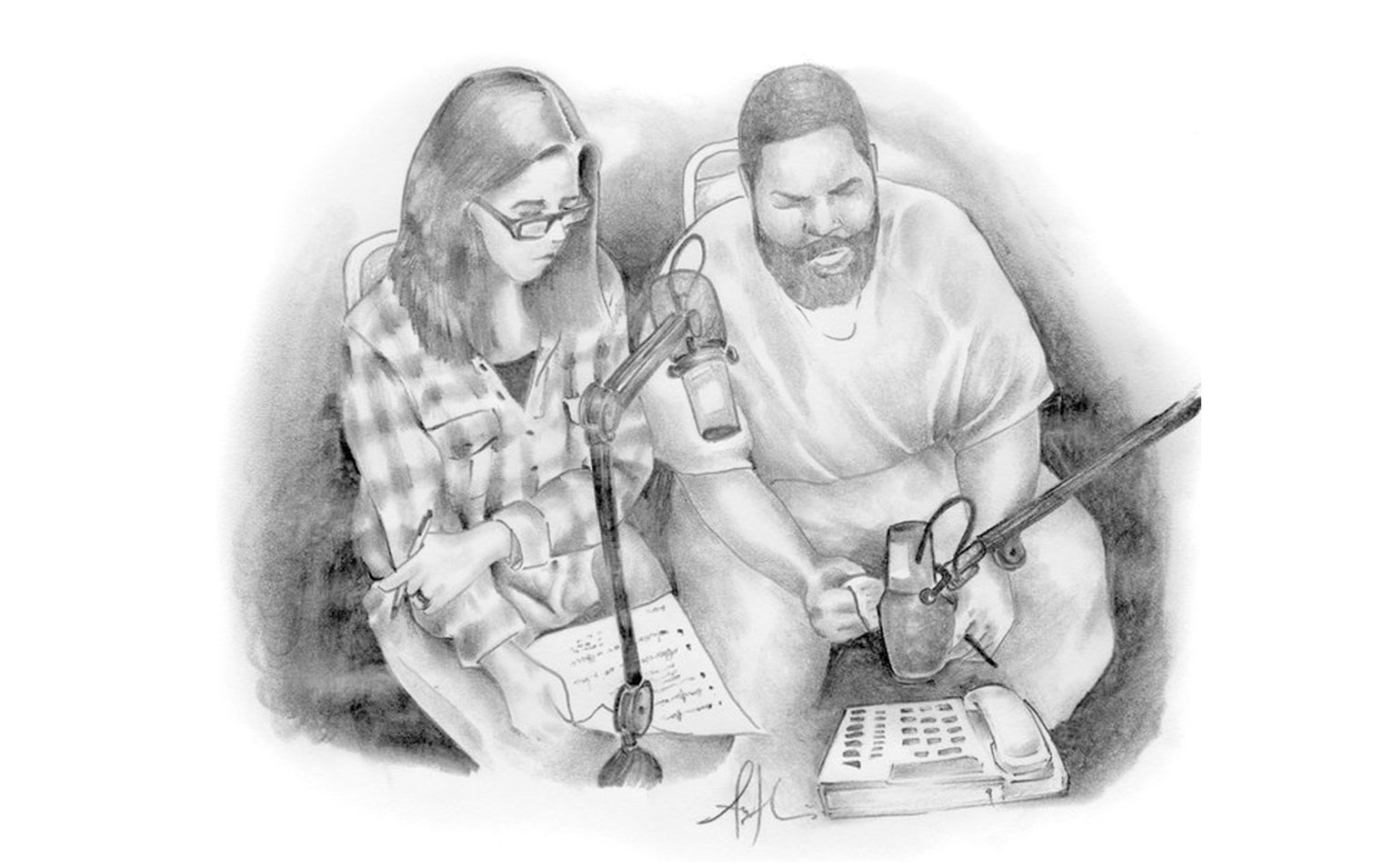 That unorthodox approach bore fruit: In its first month, Ear Hustle rocketed to #1 on Apple Podcasts with 1.5 million downloads, and after four seasons, the series has been downloaded more than 20 million times. Ear Hustle is a bona fide hit.

Bring yourself to the table

Uniqueness translates to the storyteller as well. “People who are marginalized, women, people of color, or whomever is telling their stories in a more honest and a more personal way is going to have the potential to break through,” says Misha Euceph, a podcast host, writer, and producer based in Los Angeles. Her most recent project, Tell Them I Am is an interview series on the moments that make us who we are, featuring all Muslim voices. A Muslim herself, Euceph’s authenticity as a storyteller has been an essential part of the podcast’s success, as was her experience as an immigrant to the United States for her breakout series Beginner. 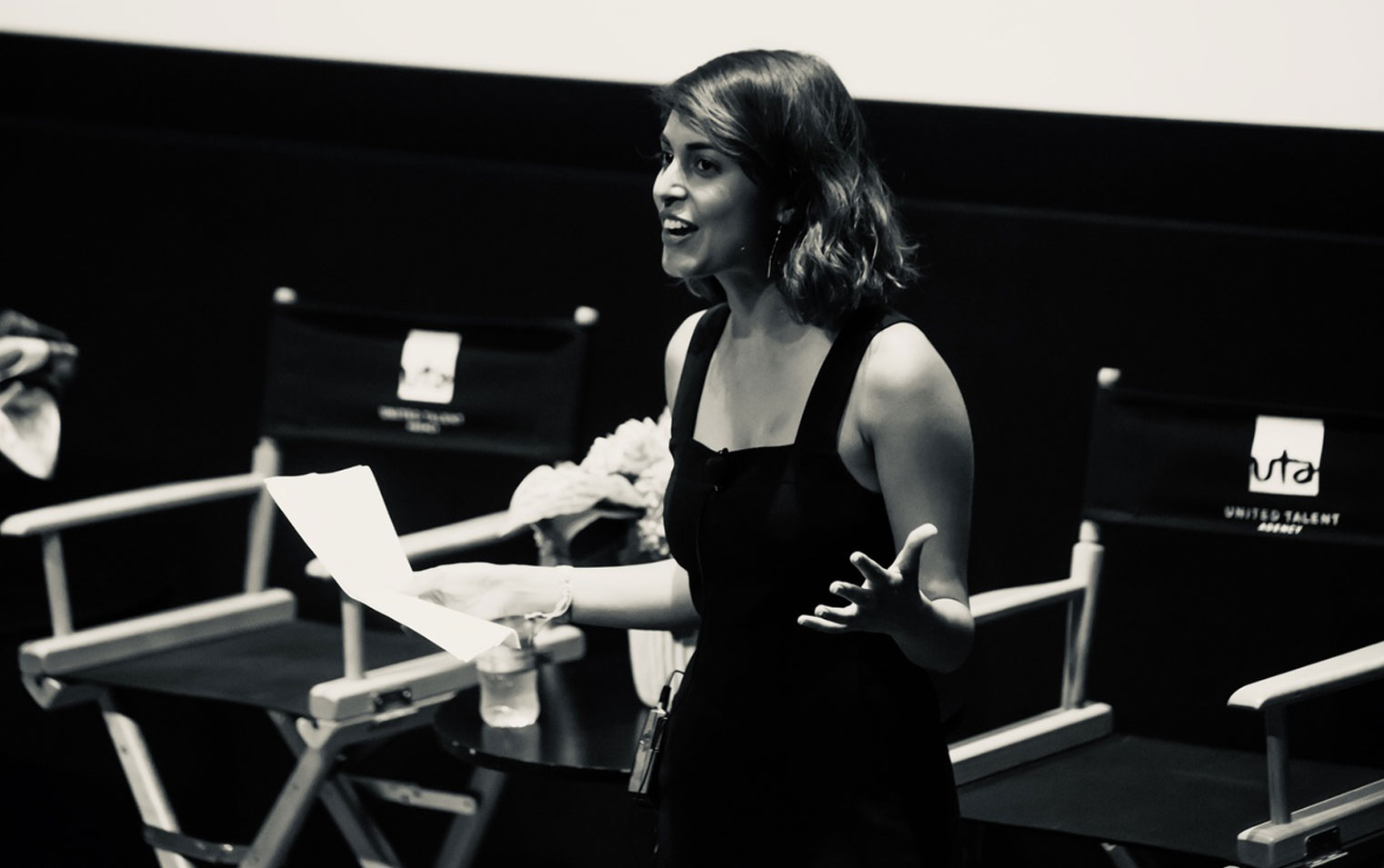 This doesn’t just pertain to marginalized voices; it’s anyone with a personal, authentic, and engaging point of view. Don’t just copy what’s out there. Lean into what makes you, you. Euceph continues, “The more we learn to sound like ourselves, the more original stuff we're going to be putting out into the marketplace, and the less replaceable and more monetizable we and our products will be.”

With 700,000 podcasts out there, you’re more likely to find an audience by taking an innovative approach. “Stories told in the traditional format of a chat show or a talk show are not going to break through,” Euceph says, adding, “You have to either surpass in quality and craft, or you have to do something that no one has done before and push the medium forward.”

Not only does having bold ideas bring in potential listeners, it also gets partners and financers excited. “There are more and more entities trying to experiment and a lot of darts being thrown just to see what sticks. The truth is that nobody really knows,” Euceph says. Ultimately, she adds, the tried and true adage stands: “The more risk you take, the more opportunity you’ll have.”

For audio professionals who aren’t trying to launch their own podcasts, there’s never been a better time to break into — or just work more consistently in — the podcasting marketplace. All the new money entering the medium means more content is being produced; therefore, more jobs.

Recognizing the potential, in 2017, Rachael King founded Pod People, a hybrid production company and staffing agency with more than 500 independent audio professionals, producers, editors, engineers, sound designers — everyone involved in the process of making a show.

Business is booming, and she expects the trend to continue into 2020. “Month-over-month, the number of jobs and placements we’re doing increases 25 percent,” King says. “In fact, most of the experienced, talented folks are booked out months in advance.”

One easy (and free) way for early-stage or hobbyist podcasters to up their game is through the ten-part Podcasting 101 video series from PRX and the Google Podcasts creator program. The series gives valuable guidance on recording, interviewing, writing, editing, marketing, and perhaps most important of all: “Should I Make a Podcast?”

With more demand for skilled labor comes higher wages overall. “Money in general has increased for freelancers because there is so much demand and such little skilled labor in the field,” Euceph says, “When I got started, I would have been so happy to be paid, like, $40,000 a year to produce podcasts. Now I wouldn't even consider it for an AP position.”

The time is now

When you get right down to it, this is exactly the right time to get into podcasting, according to King: “Luminary is cutting checks; brands are hungry to get into the game. It’s a gold rush era.”

“A lot of people ask me if it’s too late to get into podcasting,” Hoffman says. “It’s not too late, but get in now.”