At the outset, journalist and moderator Farai Chideya wondered out loud, “Should they serve sedatives with this panel?”

It was a lighthearted jab at the palpable anxiety felt at the “Truth to Power” panel in January at the Sundance Film Festival, where the audience was allowed into the venue ten at a time and were told to sit while panelists entered and exited the space. But even beyond that, Chideya was acknowledging a larger, more generalized anxiety that’s been in the zeitgeist since 2016, when worldwide disinformation campaigns took hold as Rodrigo Duterte came to power in the Philippines in May, Brexit began in June, and Donald Trump was elected president of the United States in November. “Like dominoes falling” was how panelist and Filipina journalist Maria Ressa described it.

Confronting and finding ways to navigate the fog that settled around truth four years ago was at the core of two documentaries featured at this year’s festival:  Ramona Diaz’s A Thousand Cuts, which featured Ressa as its primary subject, and David France’s Welcome to Chechnya, based on the 2017 reporting of panelist and New Yorker columnist Masha Gessen. Joining them was Patrick Gaspard, a former diplomat and current president of the Open Society Foundations, a George Soros-backed grant network aimed at advancing independent journalism.

A Thousand Cuts focuses on the rampant spread of “fake news” in the Philippines and the quashing of the free press by the Duterte administration, with a great deal of screen time spent on Ressa’s struggles as CEO of Rappler, an independent news outlet largely run by women. Duterte has had Ressa arrested twice, most recently in February 2019 for “cyber libel.”

Speaking at the panel, she said that, thanks to poor or nonexistent regulatory controls and the extreme popularity of Facebook in the Philippines, Cambridge Analytica whistleblower Christopher Wylie has referred to the country as the “ideal petri dish,” where the company could experiment with the disinformation techniques they’d later export to the United States and Britain.

“Our weaknesses as individuals have been microtargeted to bring out the worst of our nature.”

Responding, Gaspard said he’d recently spoken with two Filipinas who informed him that his concerns about Duterte were “well-intentioned” but that they felt the drug problem was so out of control, that Duterte’s brutal drug war was justified. He said he recognized that their line of thinking aligned with people who are willing to suspend justice to elevate peace and order.

Ressa replied that the drug problem hadn’t been the number one concern in the Philippines until Duterte’s administration and Cambridge Analytica made it so through social media messaging. “The biggest gamechanger has been technology,” she said. “Our weaknesses as individuals have been microtargeted to bring out the worst of our nature.”

Pinning anxieties to a targeted group

Gessen believes what social media exploits so successfully right now is our collective anxiety about our imagined future. She referred to Erich Fromm’s distinction between two types of freedom: “freedom from” and “freedom to.” The latter can feel like a burden — people often know what they want to be free from but have a harder time understanding what they want to create. Because of this, there have been times in human history, like now, when people will hand over their freedom to those who claim they’ll return them to an imagined past. 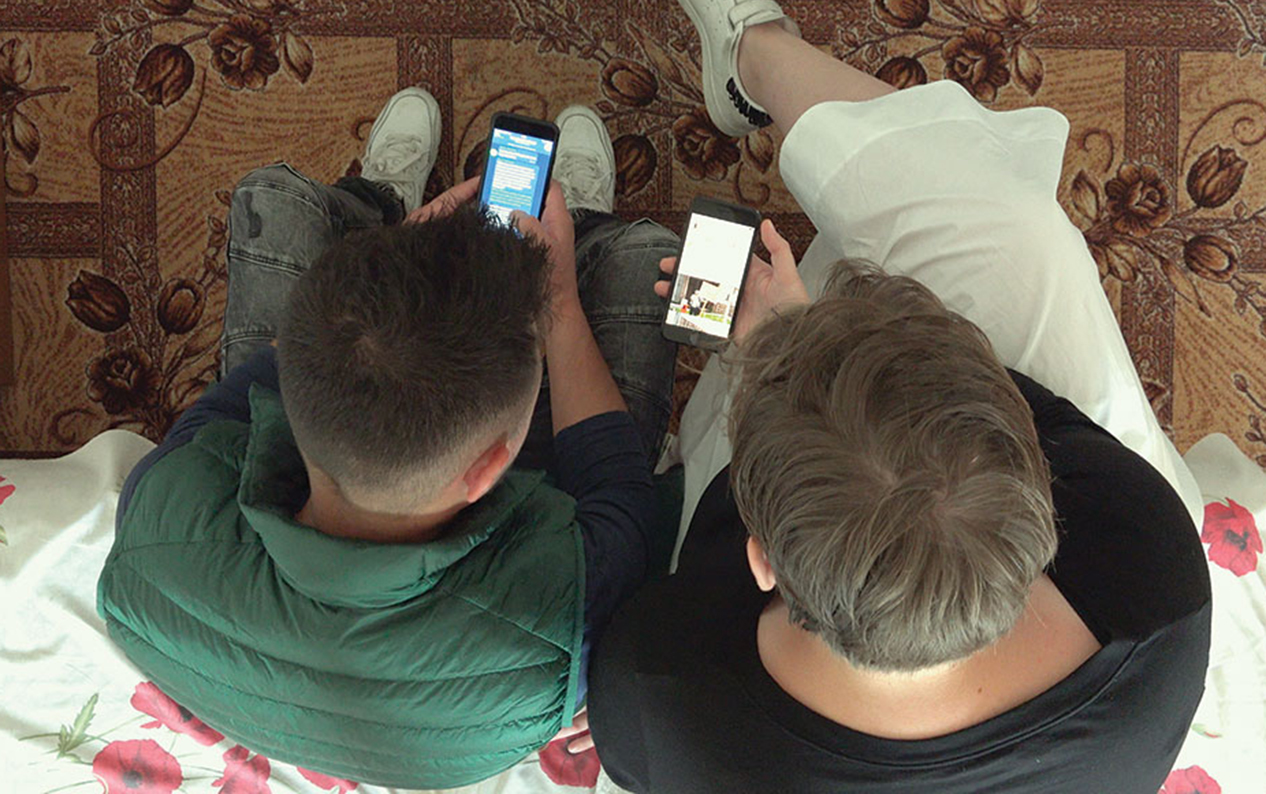 Putin, like other authoritarians, has used traditional values as a tool to consolidate power and, as we see in Welcome to Chechnya, Chechnya’s leader Ramzan Kadyrov has taken this to an extreme. The film documents the rescue efforts of a secretive group of ad hoc activists to help LGBTQ+ Chechens escape state-sanctioned torture and execution — or their release by the state to their own families, who will then torture and execute them. The film also uses groundbreaking visual effects to replace the victims’ faces with completely different features, simultaneously masking and humanizing them because the audience can still see their expressions and empathize.

Gessen explained that for Putin (and, by extension, Kadyrov), the most recent, visible social change (gay rights in this case) is simply a “convenient place to pin anxieties” in an effort to entice people into thinking they need to go back to something comfortable and familiar. Authoritarians, she said, rely on a nostalgia that’s rooted in the political imagination.

Despite the heavy topics covered by the panel and, as Gessen put it, the lingering “sense of living in mush,” a byproduct of trying to hold on to truth while disinformation campaigns are going on all around you (“It’s the feeling of ‘I just had it! How do I hold on to it?’”), it was ultimately comforting that the panelists all radiated a sense of faith in the future.

Ressa didn’t feel that Filipino values had fundamentally changed; the entire nation, for example, didn’t suddenly feel murder was normal. One way forward, she felt, is to have journalists and other people continue to hold the line. Another way is through legislation. She suggested passing laws that allow social media users to own their own data, which would facilitate “data portability” between platforms and motivate them to be accountable.

Gessen found strength in conceiving the different futures possible, a sentiment that dovetailed with the theme of Sundance 2020 (“Imagined Futures”). She also feels we have to rethink social media on a foundational level.

“We can’t put pressure on [social media companies] to self-regulate,” she said. “Their ultimate motivation is to make money, which is at odds with providing a political environment. We have to rethink it fundamentally. We can’t entrust the public sphere to profit-making corporations.”

Gaspard joked that the title of the panel came from one of his least favorite sayings (“speaking truth to power”). He suggested thinking in more focused, grassroots terms: organizing people who are disenfranchised to have power. He also expressed confidence in municipal legislators pushing past the bullying power of anonymity that’s granted on social media platforms, citing San Francisco’s May 2019 ban on facial recognition technology.