They're now documentaries, podcasts, video series — even art. Branded content ain't what it used to be. 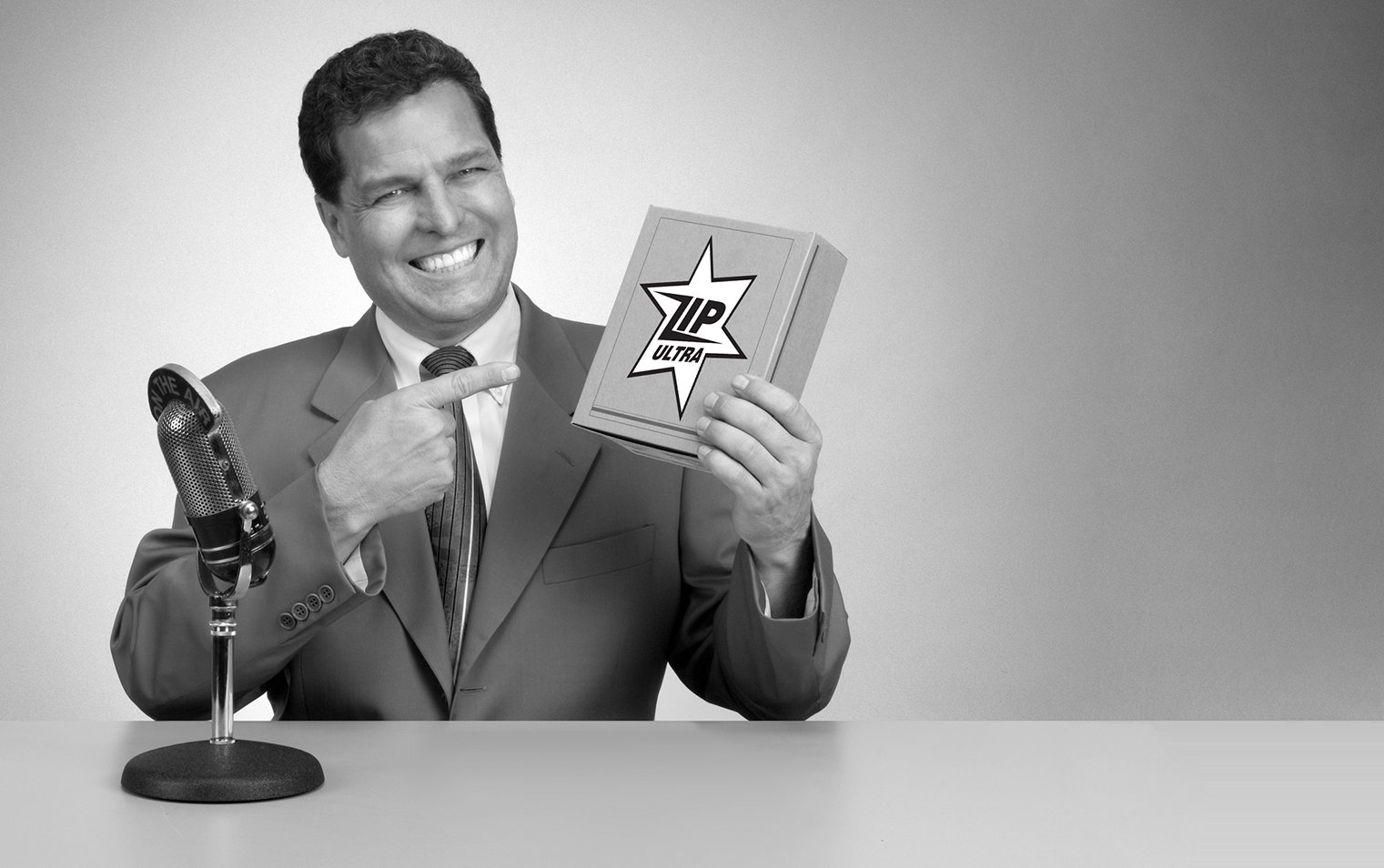 The rules have changed when it comes to how products and services are sold on television and online. Branded content has brought about a shift in commercial advertising, with creatives finding new ways to craft and tell stories no longer limited to 30-second or 60-second spots. Matt McDonald (BBDO), Trevor Guthrie (Giant Spoon), filmmaker and honto88 founder Shruti Ganguly, Ben Hughes (Squarespace), Angela Matusik (HP), and Ad Age associate creativity editor I-Hsien Sherwood gathered at IFP Week earlier this fall for a panel titled “Don’t Call It A Commercial” to discuss how the line between entertainment and advertising has blurred.

They addressed finding and knowing your audience, striking a balance between art and work, daring to buck convention, and knowing when to walk away. We pulled four insights from their discussion to illustrate the power of branded content for effective storytelling, as well as for selling products and ideas.

The status quo works until it doesn’t. Discussing commercials as vehicles for delivering messages, Ben Hughes, director of the brand creative team at Squarespace, suggested that as time passes, adaptation and innovation become necessary. “It's really important to remember that there's nothing sacred about a thirty or a sixty,” he said, referring to the traditional lengths of television commercials. Those blocks of time were sold by broadcasters to advertisers, who in turn had to find ways to tell stories confined by those time constraints.

Today that model isn’t the only one that holds.

While the 30-second commercial works for “snappy” ads, Hughes believes storytellers occasionally need a longer, wider, and more dynamic runway. “Anywhere where you need to get under the surface of something, explain something more complex, or want someone to have an experience with something that is closer to an experience you have with art,” he said, “longer form can make a difference.”

The medium is the message

Contemporary advertising media is more expansive than it was in the 1940s, when the first commercial aired on television. There are still magazines and billboards, but brands can now use podcasts, social media, digital platforms, and experiential activations at festivals and conventions to tell a story. Branded content creators must determine which of those channels best fits the audience they want to reach. “We're taking our stories that aren't really even about products or brand, but about a feeling or emotion or an idea that is part of our DNA and pushing them out on platforms where we know people are,” said Matusik.

“We're taking our stories that aren't really even about products or brand, but about a feeling or emotion or an idea”

“The thing that we're doing is trying to build these worlds and then transport people into them,” Guthrie said about the immersive fan experiences that his company designed for Game of Thrones, Blade Runner 2049, Westworld, and other media properties. At the core of it all is the story; experiential marketing is just a different way to get from the beginning to the middle and the end, he continued.

The medium is in service of the goal. For McDonald, the Faces of Distracted Driving campaign he worked on for AT&T sought to get people to put down their phones; as a format, 30-second commercials weren’t good enough. Instead, BBDO created a series of videos featuring interviews with families affected by distracted driving.

“Can watching the story of this family and seeing the trauma and hearing them talk about just how they're struggling with their lives ten years later and really exploring that over the course of seven or eight minutes — does that convince you to put down your phone?” he asked. “For me and for a lot of other people, it did.”

There are artistic components to advertising and branded content, but the end goal is always to sell, be it an idea, brand, or product. How do creatives reconcile the idea that they’re just another cog in the corporate wheel and that their vision has been compromised? Matusik believes that, while many artists, filmmakers, and storytellers used to feel like their voices were being “muddled” or that they were sell-outs for working with brands, their attitudes are changing.

“As a roomful of filmmakers, you should be thinking about ways that you can speak true to your voice and what it is you're trying to accomplish,” she told the audience. “Think of a brand as a partner. If you can find the right one that has a similar alignment or goals in mind, that's how you create great work.”

Speaking for creatives, Ganguly emphasized the business side of brand partnerships, which come with added responsibilities. “You have a client that has an audience and a purpose and a reason for spending that money. That short or project that you're working on with them has to fulfill a bigger purpose, and you have to stick to your deadlines, stay within budget, and deliver,” she said. “The guidelines have to be set forth, and they have to be followed, and there are no excuses.”

Having worked with Hollywood directors including Kathryn Bigelow and Taika Waititi, McDonald finds that the best ones understand that making anything is a process. Collaborating while also being able to articulate and defend one’s vision is key. “It's not necessarily like you're losing if your vision is compromised,” he said, adding that it helps to take notes when given feedback and to find a different path to quality content.

In the end, it’s also important to recognize when a partnership with a brand isn’t going to work and to have the courage to walk away.

While branded content has largely broken the mold of 30- and 60-second commercials, longer doesn’t always mean better. “Whether it’s an ad, or a seven-minute piece, or a 17-episode series on Netflix,” said Hughes, “you have to approach it all with the same initial point of view: What is going to keep an audience engaged?” During the edit, brands and their collaborators should make cuts when and if it benefits the story they’re trying to tell, regardless of where it’ll be told.

Searching for a counter example, Ganguly pointed to her time at Conde Nast, where she produced the popular 73 Questions video series. The series is framed as a single shot walkthrough of a celebrity’s home, with the talent answering seventy-three rapid-fire questions. When Ganguly presented the first episode with Sarah Jessica Parker, her bosses felt that it was too long at six minutes. She tried explaining that there would be sound design and music that would change how the video would flow, but they could only see the length. “I think they were expecting it to be this massive failure, and I was getting ready to get fired,” she said.

Ganguly revealed that, before the video went live, she reached out to a contact at Buzzfeed and asked them to post it at the same time that Vogue did so that it would be seen by a much larger audience. Ultimately, the video’s length wasn’t an issue, and 73 Questions became one of the biggest digital series online. “It needs to be as long as it needs to be, and that's it,” Ganguly said. “I don't think editing this is going to make it interesting.”

As branded videos and experiential activations become longer and more involved, brands and creators must remember that they’re asking viewers to commit to more. Guthrie believes experiences and films should be thoughtfully designed to respect the viewer’s time. Skipping unnecessary pre-roll and getting to the heart of the content will mean more engagement and greater receptivity to strapping in for the entire ride.

But how should longer stories be framed to keep audiences interested? Spoilers are the answer, according to McDonald. “As storytellers, naturally we want to hoard the end of our stories. We want to keep them secret, and we don't want to give away the big reveal,” he said. “I found that it's much more effective to give away what's going to happen.”

With the deluge of content currently competing for the limited attention of audiences, it matters how quickly you get to the punchline. “You have to sort of give away your best parts, give away your ending to really entice and to get people to commit and invest that time,” McDonald added.

Andrew LaSane is a New York-based culture writer and editor from Charleston, South Carolina. After earning his BA in American Studies from Skidmore College and his MA in Media, Culture, and Communications from New York University, Andrew began his online writing career as an intern for Complex Media covering art and design, style, and popular culture. He then joined Mental Floss and later expanded his bylines to include Thrillist, Business Insider, Skillshare, and several other online publications. An avid horror fan, physical media collector, and artist, when Andrew isn’t researching and writing, he's probably digging through crates of VHS tapes or painting custom sneakers.
Read more by Andrew LaSane