The Secret Rise of Treatment Companies

How production companies and directors are edging out the competition

It happened during a very Lifetime channel moment on the series UnREAL, a searing satire of behind-the-scenes reality TV machinations. The showrunner of the fictional TV hit Everlasting had just proven she was actually the show’s creator by slamming her original pitch document in front of her slimy boss, who’d taken all the credit himself. The scene should have been high drama, but I was too focused on the document’s design. It resembled a self-published volume of inspirational poetry laid out in PageMaker and spiral bound at Kinko’s. It cracked me up.

That’s because my day job is creating those exact documents, the pitch treatments directors rely on to spell out their vision for a project as completely and clearly as possible. I know how high the bar is on these things — they’re seen by investors, network development teams, studio heads, ad agencies, and the agency’s clients.

I also know they have a life past the pitch, frequently becoming invaluable crew guides well into production. Treatments these days are nothing less than glossy mini-magazines, replete with lush visuals, clever layouts, illustrative GIFs, germane reference videos. They’re also often made entirely within a 24–72-hour timeline.

It wasn’t always this way. According to Megan Kelly, founder of New York City-based production company Honor Society, the treatment on UnREAL was probably accurate — maybe even fancy — for when Everlasting, which was based on The Bachelor, would have been pitched. “About fifteen years ago,” recalls Kelly, “I remember pitching on a [commercial] job, and the director was shocked he was being asked to write up a couple paragraphs in a Word doc about his idea.”

Within a few years, however, written pitches became the norm, penned by the directors themselves or occasionally by a production company employee, who might work off a template. Soon visuals were added into the mix, and the writing began to evolve. Then, as Kelly says, “it eventually grew into what we have now: coffee table books.”

The birth of an industry

This great leap forward is undoubtedly linked to the rise in services specifically dedicated to creating treatments. At some point in the early 2010s, companies like The Betterment Society, Content Muse, and The Moon Unit responded to the industry’s growing need for well-written and well-designed treatments by assembling stables of writers, flexible in both style and schedule, and designers who were adept at researching and laying out images tailored to whatever project they’d been hired for.

“The more our writers and designers create treatments,” says Jason Bitner, who started The Betterment Society in 2011 with his wife Danielle, “the better they get. With each treatment, our staff improves, treatments get better, and the industry as a whole is pushed forward.”

Sandra Newman regards the service her company Content Muse provides as a smart investment for directors and production companies: “If you book the job, it pays back. But even if you don’t, you’re still left with a solid treatment” — one that the client can keep as a representative calling card for future opportunities.

The companies offer help for all kinds of pitches — television, film, live events, VR experiences — but they tend to work most frequently with commercial directors, whose production timelines are much shorter. “It’s not unusual to write treatments based on 80-page briefs that are needed in two to three days,” says Katniss, a mononymic writer and spokesperson for The Moon Unit. “That can be daunting to someone who’s just returned from shooting another job overseas.”

When to reach out to a treatment company

Production companies might opt to outsource treatments for several reasons. Occasionally it’s a language issue; the director might be a non-native speaker or simply a visual thinker whose talents lie in expressing concepts through pictures instead of words. Sometimes it’s experiential — maybe an editor transitioning into directing needs help understanding the scope of what the bidding process entails. More often than not, though, it simply allows directors to maximize their time.

“It enables us to do more pitches,” says a director I’ll call Rees. [Note: Rees didn’t want to be identified because the industry expects directors to be the sole creators of their treatments. More on that later.] “Sometimes you’ll be in the middle of production, and a pitch comes up. You can only do so much.”

“Sometimes you’ll be in the middle of production, and a pitch comes up. You can only do so much.”

Let’s say Rees is two days into shooting a cereal commercial when he’s approached to bid on a light, comedic campaign for an aftershave. He and his producer will then get on the phone with the agency to be briefed. During this call, they’ll learn how soon the treatment is needed — this can range from several weeks to several hours but, on average, is about three to four days.

According to Newman, agencies “used to ask two or three directors to bid on a job, but now it can be four or five.” Bitner believes this uptick in competitiveness has led to the treatments themselves being seen as emblematic of a director’s vision and competency. “The better you can make this thing in three days,” he says, “the better you can do a full shoot in three days.”

It’s at this point in the process that Rees’s production company will reach out to a treatment service like Content Muse or The Betterment Society, which will in turn assemble a writer/designer team based on availability and compatibility. The writer will be brought up to speed by reading campaign documents and listening to a recording of the call Rees had with the agency. Typically, writers will then embark on a first draft by working off an outline Rees may have scribbled down between takes on the cereal commercial, but just as often, the writer will simply speak directly with Rees so the two can hash out how he wants to present his ideas on anything from camera angles and casting to visual effects and sound design.

I agree with Katniss: A treatment writer’s strength lies in shape shifting. However, it’s a tricky balance. According to Dave Gregg of Community Films, a Los Angeles-based production company, “When directors don’t respond to certain writers, it’s because they’ve done something too general. Some directors have a strong point of view and it’s easy to pick up on their voice, but some don’t and it’s more of a challenge. I like when writers bring an element of themselves into the process because, as I’m finding more and more, treatment writing needs to feel personal.”

Sample pages from a treatment

Before the first draft is even done, the designer will typically collaborate with Rees on finding images that fit the tone of the aftershave’s campaign. (In general, designers and writers collaborate individually with the director rather than with each other.) Since treatments aren’t public facing, getting permission for images is never an issue, allowing designers free rein to use all kinds of copyrighted photos, screen captures, or reference videos. Once the writer finishes a draft, the designer can begin the layout process. Rees will then go back and forth with both of them to hone the final draft.

“When I do my own treatments,” says Rees, “I spend a lot of time trying to make them funny. I get too caught up trying to do jokes rather than crafting well-designed ideas. Looking at someone else’s draft and just getting to be an editor gets me out of that headspace.”

After Rees and his producers sign off on the final draft, the treatment is sent out, typically as a PDF. Since the documents themselves are usually packed with links and videos, agencies and their clients view them digitally on desktops or projected onto screens in conference rooms. However, according to Megan Kelly, the documents are increasingly being used to inform production, winding up in pre-production books or getting printed out on sets to aid production designers and cinematographers.

Each of the treatment companies said they were constantly exploring new ways for clients to present their final drafts. “Getting your ideas across in this era, you’re constantly fighting for attention,” says Gregg. “If you can keep the surprises coming, that’s great.” Advances in software are beginning to clear the way for building pitch websites or creating project-specific GIFs — ambitious new developments, especially considering treatment writing is a service that isn’t officially acknowledged.

“When we first started,” says Danielle Bitner, co-founder of The Betterment Society, “it was a big secret that treatment companies even existed. Even now, I’m not sure. Are agencies more aware of us, or are we still on the hush-hush?” This anonymity is a big part of The Moon Unit’s identity— all their employees use science-fiction-based pseudonyms. Part of the secrecy comes from the fact that there’s a misconception within the industry that directors aren’t presenting their own work if they outsource their writing.

“I’ve always made a big point to do my own treatments,” says Rees. “It’s where I hammer out ideas and make them better. And this remains true. But at some point four or five years ago, I got really busy and brought in help. It’s just a different process, helpful in its own way.”

The fact remains that outsourcing pitch documents isn’t cheap. As Newman pointed out, it’s an investment — one that might give some directors an unfair advantage. “We’ve won and lost jobs based solely on treatments,” says Kelly, a consideration that may not have even been in the cards in the Everlasting days. However, as treatments continue to be held to higher standards, it seems clear that how ideas are presented will continue to grow and evolve out of necessity, someday nailing the look of today’s “coffee table book” pitch documents to a specific era in the late 2010s that we can all laugh about in the future.

Funding Your Documentary Film with Equity Investments
by Elaisha Stokes posted on January 22, 2019 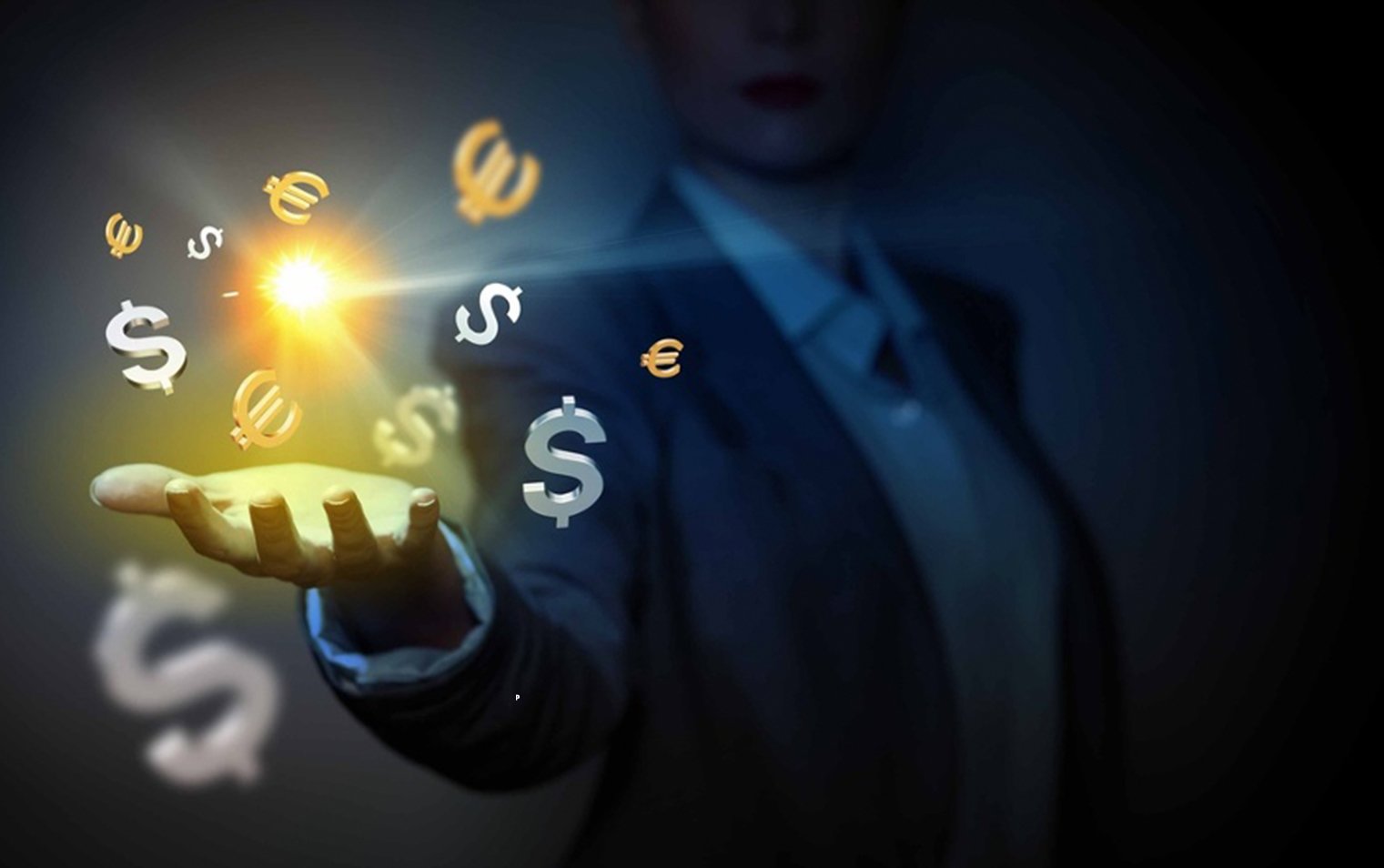 It’s no secret that the golden age for documentary films is upon us. Companies like Netflix and Hulu are pouring big money into production and acquisition of both one-offs and series. At the 2017 Sundance Film Festival, big dollars were shelled out for documentaries like Step (sold to Fox Searchlight for a reported $4 million) and Icarus (sold to Netflix for a reported $5 million), according to IndieWire.