Virtual Fitness During the COVID-19 Pandemic 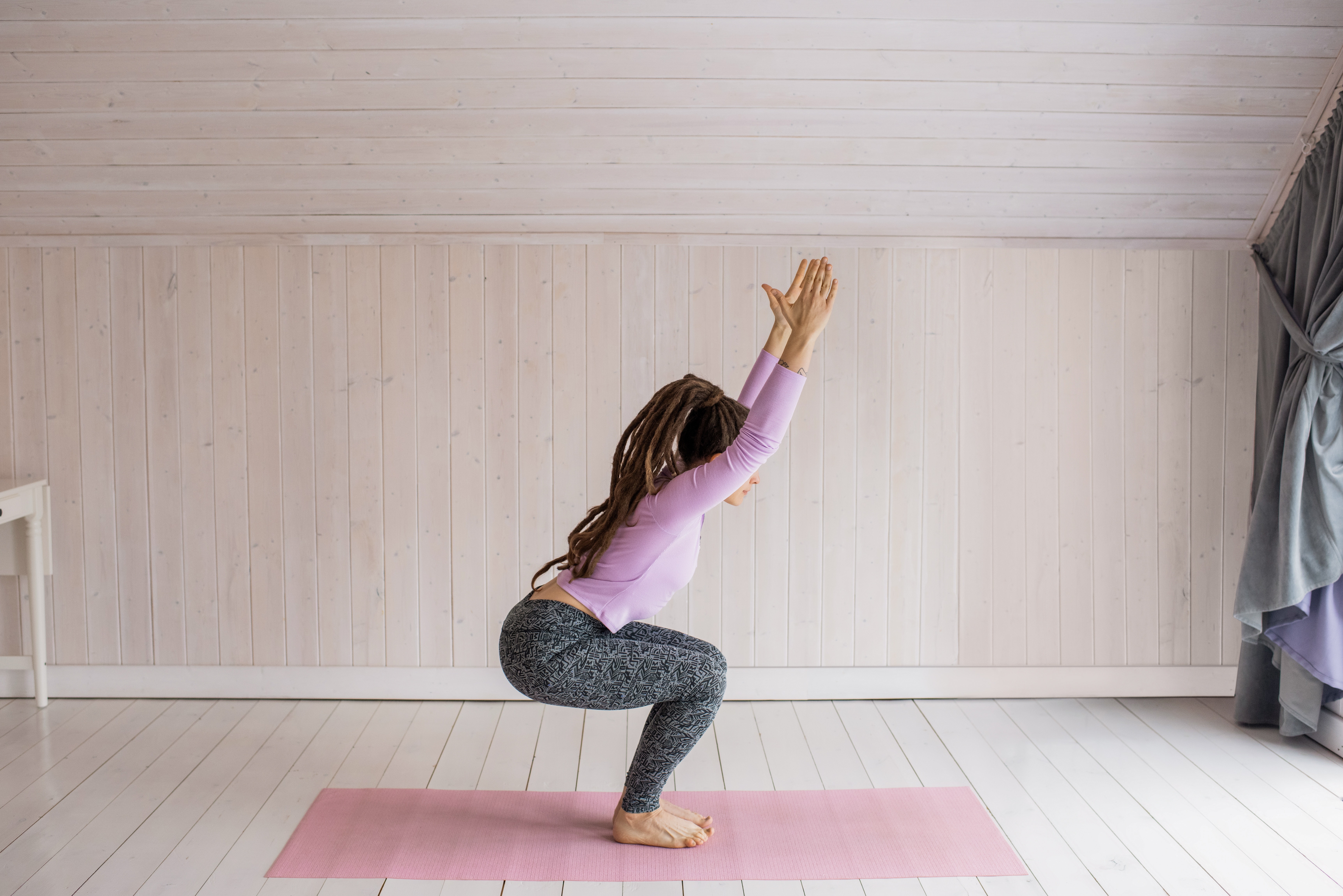 As social distancing advisories, store closures, and ‘shelter in place’ orders have ramped up across the country and the world, we all find ourselves adjusting to a new, uncertain reality. For those able to work from home, perhaps not much has changed. But for others, working from home is a new kind of test. When we can’t leave the house, how do we fight the inertia and keep our minds and bodies occupied?

Gyms and fitness centers may be closed, but maintaining our physical and mental health has, if anything, become even more important. And there’s no excuse to lounge about sluggishly. Exercise hasn’t stopped—fitness instructors have just gotten more creative, leading classes from iPads and laptop screens rather than the front of a studio.

While some privately owned fitness centers closed as early as March 6, the majority of gyms and fitness centers across the country mark Friday the 13th as the date when things came to a head, with almost all having ceased operations by the following Monday.

“It was a very quick spiral down,” said Hayley Katz, a private yoga instructor who was working for CorePower Yoga in Boston. “It went from, ‘Just make sure you’re washing your weights and everything,’ to ‘Limit class sizes,’ to ‘Okay, we’re closing.’”

With the mandated nationwide closure of all physical gyms and studios in a matter of days, businesses had to quickly assess their options. Larger gym and studio chains, such as CorePower Yoga, faced the stark reality of having to freeze memberships and, as a result, let a majority of their workforce go after multiple weeks without incoming revenue.

At the same time, many of these larger businesses have begun to offer virtual classes, for free or reduced cost. For independently run fitness centers and boutique fitness studios, converting classes to an online setting is the only option for keeping some sort of revenue.

Jenni Juhl, yoga instructor at Yoga 101 in Evansville, Ind., had an extra limitation to contend with: as a hot yoga studio, winter through mid-April is the business’s busiest time of year.

“Once summer hits and it gets humid, our class attendance drops,” Juhl said. “The income we make at the beginning [of the year] carries us all the way until about November, December, when it starts to pick back up again.”

On top of that, the yoga studio kicks off an annual challenge—40 classes in 60 days—at the beginning of every April, typically bringing with it a boost in revenue, excitement, and new students. A transition to virtual classes, while unlikely to generate the same success as in other years, was inevitable, given the alternative.

Struggles of a virtual world

While classes like yoga and barre require little to no gear and tend to be more easily suited to a home environment, others have had to get creative. Spin and cycle classes, for instance, which typically involve movement on a stationary bike for the majority of the class, have had to consider that most students won’t have this equipment at home.

To successfully transition to a virtual setting, The Inner Cycle studio in Boston’s North Shore has shifted their focus to cardio strengthening, off-the-bike classes two to four times daily, with a handful of spin classes peppered in.

“[Inner Cycle] wanted to be able to give people an outlet, so they very quickly figured out how to do it,” said Inner Cycle spin instructor Lindsay Sutton. “They’re literally building the plane as they’re flying it.”

Virtual instruction also comes with a host of technical considerations that don’t arise in a typical studio setting. Before her first virtual yoga class, Katz did a practice run with a few friends, ensuring her body and mat would be fully visible and well distanced for demonstrating poses on camera. Functional audio, video, and Wifi are essential, especially for live-streamed classes.

The experience is "basically like a club.” Creating that energy in a room by yourself, with students following along on a phone or laptop, can be daunting.

In a studio, said Sutton, you have lights, a microphone, a sound system; the experience is "basically like a club.” Creating that energy in a room by yourself, with students following along on a phone or laptop, can be daunting.

Music is a core motivational component of nearly every fitness class, but different platforms also come with their own rules and limitations. Leddy Gallagher, fitness manager for Wave Health & Fitness in Boston, learned this firsthand when uploading pre-recorded workout videos to Wave’s YouTube channel for gym members, in lieu of teaching live classes.

“I filmed an entire 40-minute workout and had some music playing in the background,” said Gallagher. “I didn’t know about the copyright laws. [YouTube] actually wouldn’t let me use that video, so that one was a bit of a bust.”

While YouTube hinders the scope of music that teachers can use in recorded classes, videos on the site don’t expire and are accessible to virtually anyone with Internet access. But Gallagher isn’t concerned with whether or not the videos have brought in potential new clients. Her primary focus is ensuring that Wave’s current members know where to find these videos should they want them, especially when gyms aren’t the only ones vying for attention.

“You know, a store that you maybe bought a shirt from three years ago is sending you an email now to let you know what they’re doing about COVID-19,” said Gallagher, “so we’re battling that in the inbox.”

For the most part, teachers are seeing solid results.

Juhl, who officially introduced Zoom yoga classes on April 1, had been offering classes on Facebook Live since mid-March.

“What’s been really neat is, not only are our students using it, but people who we’ve never heard of, people that don’t even live in the area,” she said.

It had been two years since Debbie Attias taught a weekly dancorcism class when former students began asking her to bring it back virtually amid social distancing regulations. Attias, who defines dancorcism as “a healing dance party”, has seen a huge turnout, averaging 70 students per class since introducing the class on Zoom in late March.

“I do part of the class with just myself spotlighted, and then when it gets a little bit freer movement, I go to the tile view because I love to see everybody at once, moving,” said Attias.

This tile view, or what Attias calls the “Brady Bunch” view, is one of the benefits of using Zoom as compared to other platforms. Students can see not only the teacher but others in their class, and they can even break off into smaller cohorts—if they only want to see mutual friends, for instance.

Like Facebook Live, Zoom allows users to watch the live-streamed class as well as view a recording of it later, if the host records the session. For now, Attias is offering only the livestream version, but she says she may consider recording the classes as time goes on.

Another consideration is whether—and how much—to charge for classes. An obvious benefit to charging for classes is having some level of revenue, but with many free options available, paywalls could potentially impact class turnout.

One option is discounting rates for weekly or monthly use. The Inner Cycle and Yoga 101, for instance, have kept their content behind a paywall, but both have greatly reduced the cost of classes in this new setting.

For a monthly fee of $14.95, Yoga 101 clients will have unlimited access to the video library Juhl is developing, where all recordings of the 1-2 daily Zoom classes the studio currently offers will be kept. The Inner Cycle has created a virtual class pass akin to their regular pass which can be purchased at a discounted rate.

Wave Fitness, like most gyms, has had to temporarily suspend all memberships. But rather than develop and charge money for daily classes, they’ve opted to sporadically upload pre-recorded classes to YouTube, which is free.

“Quite frankly, right now, there is no revenue,” said Gallagher. “But the way we look at it is, if people feel like they’re being supported, they will be glad to come back to us.”

Some instructors with multiple streams of income—such as Sutton, who works in the fitness industry primarily as a side hustle—have also opted to continue working without pay, allowing the gyms and studios they work for to retain more of the student revenue from online classes.

“Now with very little money coming in, I think individuals who are teaching are doing it out of the goodness of their hearts.”

“I think in general, when you think of small businesses, you want them to succeed,” said Sutton. “Now with very little money coming in, I think individuals who are teaching are doing it out of the goodness of their hearts.”

Attias has asked for a $20 donation via Venmo, but calls it an “honor system.” She, like many operating on donations, recognize that while some are actually saving money by working from home, others have been laid off and are struggling to make end’s meet.

While Katz is not charging for her twice weekly yoga classes, she says it is not uncommon for friends to send her small donations on Venmo after the classes, though she hasn’t asked for them. She herself has been taking 2-3 virtual classes daily, supporting other local instructors and studios in the Boston area.

“Sometimes I’ll pop like $5 into the instructors’ Venmo, just to give them something,” she said.

So, what happens when life returns to “normal”? Instructors acknowledge that the fitness industry was already making moves in the virtual realm before it had a pandemic to contend with. Between fitness apps, Instagram Live classes, and the endless offerings of YouTube, there are a plethora of options already out there that will continue to thrive long after COVID-19 has subsided.

At the same time, it’s been a long month spent (mostly) indoors, and there’s a daunting, ambiguous amount of time still to go.

“I think that people will be really excited to get into a gym after this,” said Gallagher. “I think we’re going to trend away from classes in our living rooms, because we want that social interaction of actually being in a gym and being in a studio.”

Attias wonders whether, on the other hand, people will become “a little more socially recluse” as a result of this pandemic.

Whatever happens next, how to proceed when “shelter in place” orders finally end has certainly been a question for fitness coaches and instructors who hadn’t offered virtual options before this spring.

Juhl plans to continue updating the Yoga 101 video library, for members to access from home or use while traveling. She also plans to use a second studio in the building strictly for recording videos when the space can be used again.

For instructors who haven’t yet begun offering an online class but have considered pursuing this option, those already using the medium suggest jumping in headfirst. Don’t use fear as an excuse. You will learn as you go. What is there to lose?

“People are going to appreciate you taking the time out of your day to provide them with any type of workout,” said Katz. “Everyone’s rolling with it and trying to do the best they can, and if there’s some little thing that you can do to help out the community, then I just say go for it.”