What to Do If You’re the Victim of Video Piracy

Your content was pirated? Here's how you can respond 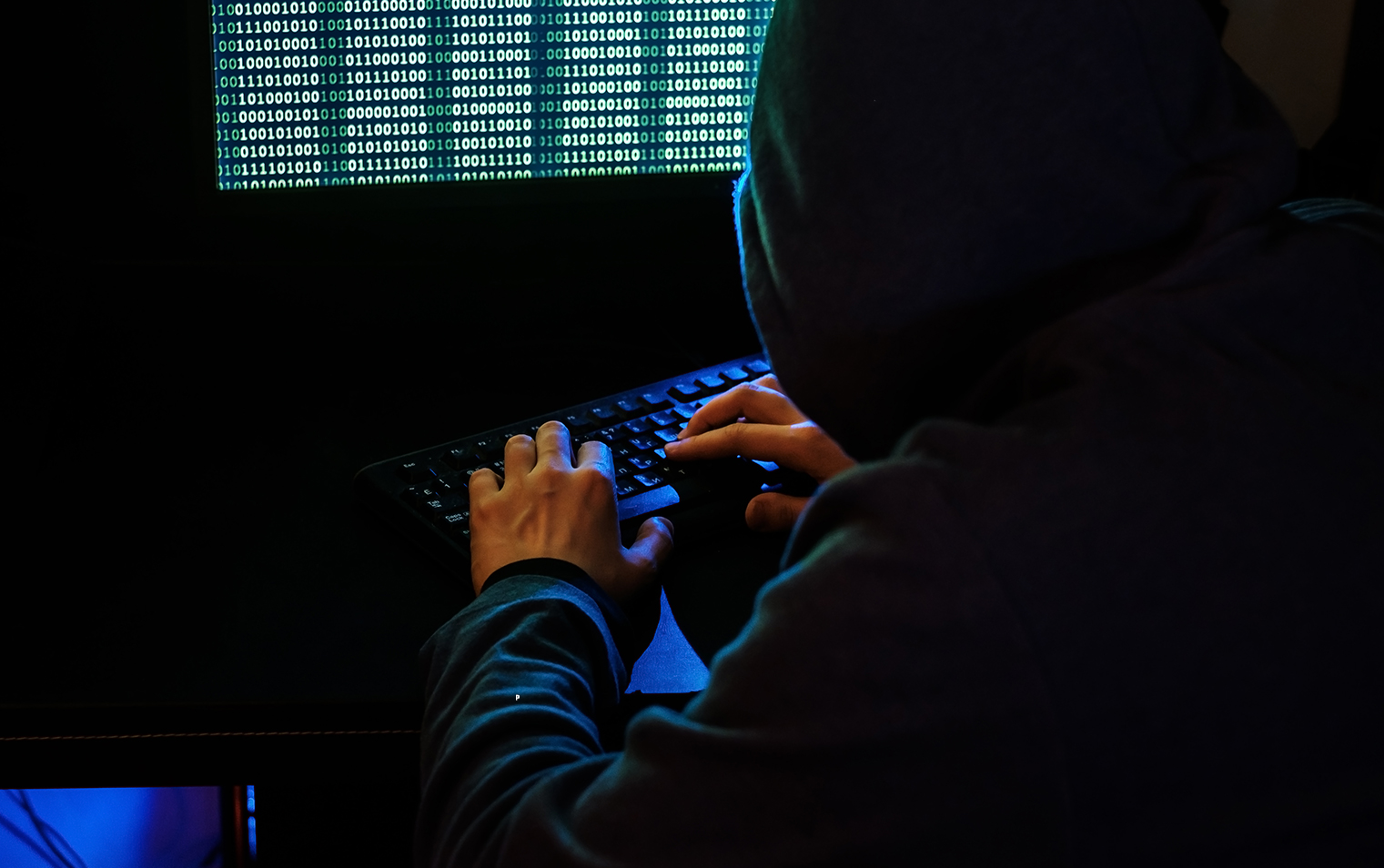 Writer-director Yen Tan recently emailed to tell me Ciao, the movie we made in 2008, had been posted to YouTube — illegally. A fan in Brazil had uploaded it, and it already had more than 2 million views. I didn’t know whether to be angry or impressed.

Unfortunately, if you’re a content creator, you’re eventually going to run into this very situation. You post content you made, and whether out of admiration, ignorance, or greed, someone else rips and reposts it. Having your work severed from your carefully thought-out distribution plan leaves you, the creator, with fewer views, fewer shares, and — if you’ve monetized the video — less profit.

When that day comes and you’re the victim of piracy, here’s what you can do.

Are you the copyright owner?

Keith Kupferschmid, CEO of Copyright Alliance, a nonprofit that protects content creators and organizations through copyright advocacy, first suggests making sure you actually own the copyright.

“If you’re not the copyright owner, you are very much restricted in terms of what actions you can take,” he says. “So, if for some reason, you’ve assigned your rights to the content to somebody else, you really don’t have the right to say, ‘Hey, take it down.’”

For instance, if you’re employed as work-for-hire, then the copyright belongs to your employer, not you. Another example? If you licensed your completed work, the copyright may transfer to the licensor for the length of the agreement. But if you were the original author of the work and didn’t assign or transfer the ownership of that copyright to someone else, it’s likely that you own the copyright.

There’s an exception to copyright law, though. Called the “fair use doctrine,” it allows for the use of copyrighted work “for purposes such as criticism, comment, news reporting, teaching, scholarship, or research,” according to Copyright Alliance. That said, if the entirety of your work has been reposted without your permission, it’s almost certainly not protected under fair use.

Where does the material appear?

If it’s the latter, you should first reach out to the webmaster directly to tell them you own the copyright and don’t want them using it. That’s usually enough to get the average offender to take down the infringing material.

But let’s say you instead find your pirated work on social media or a video-sharing platform, where a user has uploaded the infringing material.

Says Andrew Hutcheson, co-owner of Voyager, a production company working in the branded documentary and commercial space, “We got very fortunate to have one particular film called Junk Mail blow up on Vimeo. It got around 8 million views, and we got a lot of press for it online.”

A few months later, he started seeing links to what looked like his film. “I clicked on a video that had 15 million hits. It was just a rip of our piece that was put up there,” says Hutcheson. “Then I Googled, wondering if there was anything else up there, and I found three or four pages worth of uploads.”

Here where the Digital Millennium Copyright Act (DMCA) comes in.

In 1998, Congress passed the DMCA, a comprehensive set of laws that address online copyright infringement while attempting to balance the needs of users, creators, and service providers. One provision — the “Notice and Takedown Process” — is the most common way content creators can address the illegal use of their work online.

All of the major social media and video-sharing sites have a similar process for notifying them that your copyrighted work has been uploaded to their site without your permission.

To submit a takedown notice, you’ll need to go to the video on YouTube and flag it as infringing on your copyright. After you’ve identified by offending work, you’ll have to electronically swear under penalty of perjury that you believe the video is an infringement and likely doesn’t fall under a fair use exception. 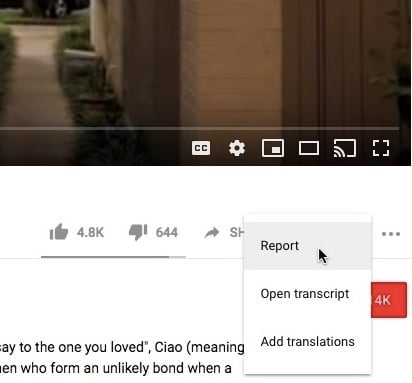 Once you’ve filed the notice, YouTube sends your complaint to the offending user, who then has the opportunity to file a counter notice if they feel they have a legal right to the material. If they refuse to take it down, your only way forward is to sue in federal court.

The DMCA establishes federal court as the jurisdiction for all Internet copyright issues, even when there’s only a few hundred dollars at stake. “On average, it costs $350,000 to bring a copyright infringement case in federal court,” Kupferschmid says. “At this point, you have to ask yourself how much this really means to you.”

If you’re a big studio with a billion dollars at stake over leaked content, it might make sense to spend a few hundred thousand to protect your profits. For most indie creators, however, it just isn’t worth the time and expense to sue.

“On average, it costs $350,000 to bring a copyright infringement case in federal court . . At this point, you have to ask yourself how much this really means to you.”

Fortunately, says Kupferschmid, “it’s pretty rare for somebody to push back." The vast majority of infringing material is removed upon receipt of a takedown notice.

Sometimes, though, you might find your work reposted, often by the same person on the same platform. Because both legal and illegal videos are monetized based on the number of views of the content (and the ads attached to it), there’s little incentive for pirates to spend time and money fighting a takedown notice.

Instead, they can repost the stolen material under a different name, immediately restarting their illicit monetization and putting the onus back on you, the copyright owner, to discover the piracy yet again and file another takedown notice.

“Notice sending is a good way to get the content down, but once the cat’s out of the bag, it becomes very difficult to contain it,” says Janice Pearson, VP of global content protection at Convergent Risks, which consults on security, risk, compliance, and technology solutions for studios, distributors, and M&E vendors. “To help, typically you hire third parties who'll crawl the Internet to see if your content comes up on YouTube and other sites to send automated takedown notices on your behalf.”

Several companies are developing a technology called Automatic Content Recognition (ACR) that partners with audio- and video-sharing sites to identify copyrighted material and prevent it from being uploaded.

YouTube, for example, has been at work on proprietary ACR software that, for now, is available only to major content producers who can afford to have their videos digitally fingerprinted.

Most other sites partner with Audible Magic. Independent artists can register their work for free with the company, providing an added layer of protection across most of major platforms, including Facebook, SoundCloud, Twitch, and Vimeo.

The downside to ACR is that legit users can get caught up in it. Hutcheson says it’s been a nagging issue for music-video directors who have permission to use the video for their own professional promotion, but because the record labels are using ACR to protect the music track, the videos also get flagged and taken down. Worse yet, “if you have a couple of those happen, your account is suspended, [even though] the people who directed the video have the right and permission to use it,” he says.

At the end of the day, if you’re uploading your work to a public site, it’s nearly impossible to keep your work from being ripped and reposted. The best you can do is stay vigilant.

Hutcheson creates Google alerts “of the names of our projects, our directors, how they correlate, and instances where they're used together.” He also schedules recurring tasks in his calendar so that he checks the major sites every few months. “Every time I do it, I find stuff I have to pull down. Every single time,” he says.

Kupferschmid acknowledges the system is far from perfect: “We play this game of Whack-A-Mole. You get it taken down, and it's back up. It’s really not an efficient or effective process. But that's the process unfortunately. At least for the time being.”

What does all of this mean for my film? Well, I notified our distributor that the film is up on YouTube, and as of this writing, it's still online, with 2,074,481 views and counting.

Update: Looks like my movie Ciao is no longer on YouTube. The process worked! (For now at least.)