Will 2020 Kick Off the Decade of the Slashies?

A label more widely used abroad, “slashie” may be worth adopting on this side of the pond

What do you want to be when you grow up? It’s a question you hear a lot when you’re a kid. If you’re lucky, you’ve had a consistent response to the question over the years. If you struggled to arrive at a single answer, though, you’re in good company.

According to a 2019 Bankrate survey, 45 percent of working Americans report having a gig outside of their primary job. Hiring trends also reflect this increase. A 2018 study by Upwork found that nearly 60 percent of hiring managers are using a flexible workforce (freelance, temporary, and staffing agency employees) and expect this trend to increase by 168 percent over the next decade. Freelancing, moonlighting, side hustling, gigging — whatever you call it, the multi-hyphenate workforce is growing, and “slashies” are on the rise.

But what exactly is a “slashie”?

The term’s origin — or a form of it — is commonly credited to New York Times columnist and author Marci Alboher’s 2007 book, One Person/ Multiple Careers. In it, she defines a “slash” as someone with multiple passions, talents, and income streams. Amid the 2009 recession that followed its publication, Alboher’s book gained new prominence as more people gravitated toward multiple streams of income more so out of practicality than passion.

Not surprisingly, slashies, like freelancers, skew toward a younger demographic, specifically Millennials born after the 1990s. The same Bankrate survey found that about 40 percent of Millennials identify their side hustles as making up at least half of their monthly earnings. 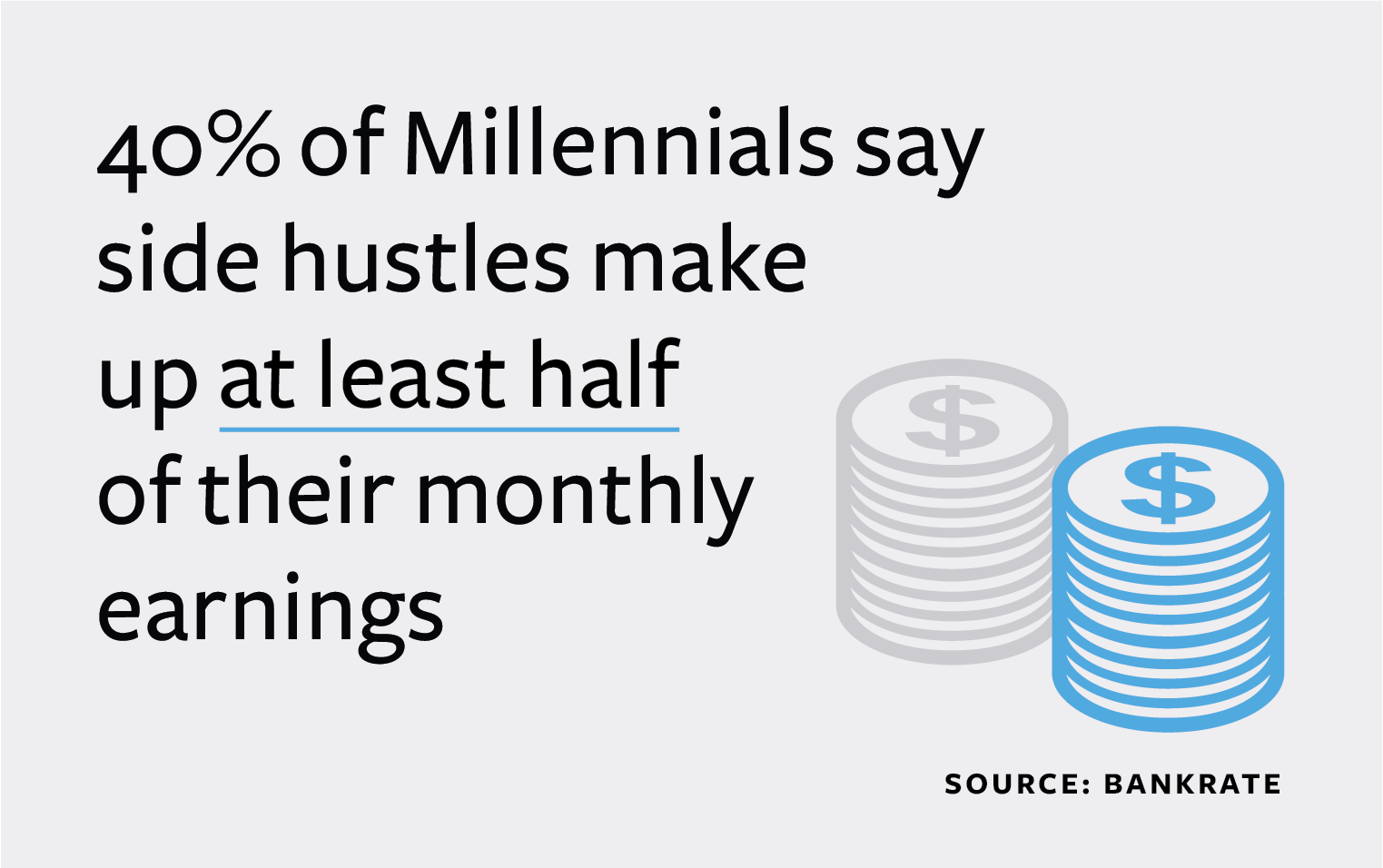 Brown Girl magazine defines a slashie as “a member, generally of the millennial demographic, who has various ‘side hustles’ or ‘jobs,’ which they are passionate about and devote their time to in addition to their nine-to-five.” Think here of anyone who calls themselves a copywriter slash graphic designer slash DJ, or your friend who styles her LinkedIn profile like this: product designer / web developer / marketing ninja.

“I’ve made it a mission to not let my creative passion fade because of a 9-to-5.”

There’s a place for them with Brown Girl. Founded in 2008, the online publication champions the slashie lifestyle. In 2018, the magazine hosted its inaugural Slashie Summit in New York City, where the day-long event sought to empower multi-hyphenate workers in achieving financial independence through their creative side hustles and to remove the stigma of holding multiple jobs in the South Asian community. 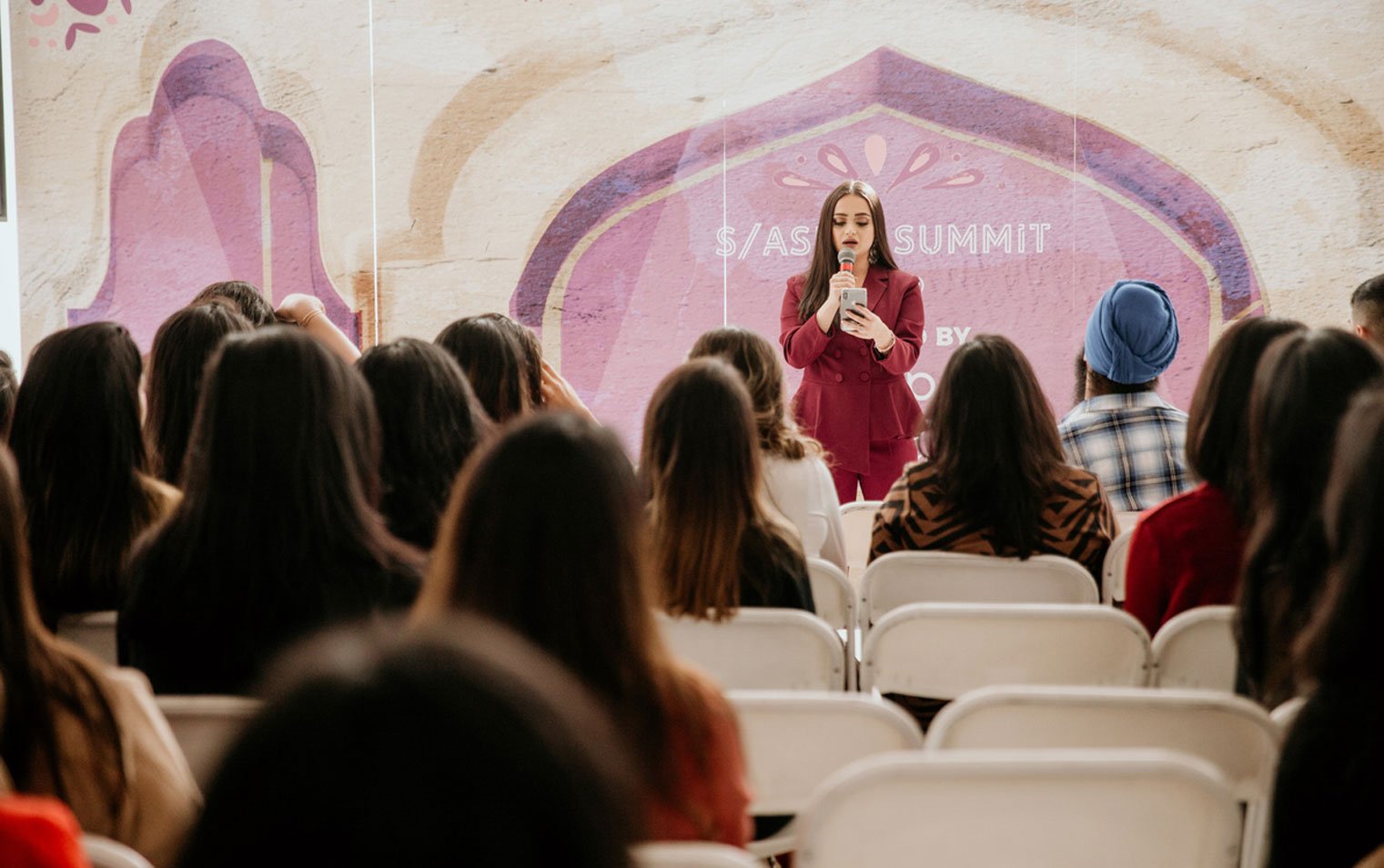 “We are a group of South Asian millennial creatives who celebrate ‘non-traditional’ career paths and seek to redefine professional success,” said CEO and Summit organizer Trisha Sakhuja-Walia. “Having juggled a full-time job in the South Asian media space for the past seven years alongside managing [Brown Girl], I’ve made it a mission to not let my creative passion fade because of a 9-to-5.”

While many slashies seek out second and third jobs primarily for economic reasons, others like Sakhuja-Walia do so not out of necessity, but as a creative outlet.

Andy Schneider, a product specialist for Adobe, jokingly dubbed himself “reigning champion of the slashie awards” for his multi-hyphenate title, not realizing “slashie” was a term that existed outside of the comedic film Zoolander in which male model Fabio receives the Slashie Award for being the best “actor slash model.”

But Schneider does, in fact, qualify as a slashie. Outside of his 9-to-5, he’s a semi-professional bongo player who performs internationally under the stage name Ammo. Having a job that pays the bills has allowed him to work on his own terms creatively without feeling “at the mercy of the highest-paying gig.”

“I’m never bored. If I get bored with painting, I play my piano. If I don’t want to play piano, I pick up my camera.”

“Having a creative pursuit alongside [my] bread-making pursuit has, for me, been the ideal balance,” Schneider said. “I would never want to do one without the other.”

Aside from his musical work, Blaine Thurier, keyboardist for Canadian band The New Pornographers, is also an independent filmmaker and cartoonist. “I’m never bored,” he said. “If I get bored with painting, I play my piano. If I don’t want to play piano, I pick up my camera.”

Jack of all trades, master of none

But working as a slashie comes with its challenges, too. Earning income from numerous jobs often means working more than 40 hours per week without the overtime pay to reflect that, increasing the risk of burnout. For those with two or more jobs, scheduling time for self-care — seeing a movie, taking a walk, drawing a bath — is even more important for mental and physical health.

Having multiple streams of income also means being responsible for tracking it and ensuring you get paid on time. That’s where UK-based company Limber comes in. With a stated mission “to disrupt the old-fashioned notion of a career,” the Limber app, a “digital co-operative” created by and for slashies, is designed to help independent workers manage finances, get paid, and even earn shares in the company over time.

“Millennials are equally, if not more, committed to their work.”

Another consideration to pursuing a freelance or slashie lifestyle is the negative stigma it sometimes receives, particularly from older generations who are more familiar with the singular, long-term career model.

“I think it’s a disadvantage in a way,” said Thurier, who sometimes feels that his multi-hyphenate career has left him in a “jack of all trades, master of none” situation. “I think it’s probably something in the back of people’s minds, like, ‘Well, if you want to be a filmmaker, why didn’t you dedicate yourself to that?’”

“We frequently hear things like ‘lazy, entitled job hoppers,’” said Matthew Mottola, future of work and on-demand talent program manager at Microsoft. “In my experience, Millennials are equally, if not more, committed to their work. But we expect more from our company.”

There’s good indication that companies are listening. The 2019 LinkedIn Global Talent Trends report found a 78 percent increase since 2016 in job posts on LinkedIn that cited “work flexibility.” Generational shift plays a part in the rise, but changes in technology that allow for more remote working opportunities outside of the typical 9-to-5 office setting has also contributed to the sea change.

Shivani Persad, a model, content creator, and founder of LivShivMedia who attended last year’s Slashie Summit, feels driven to a slashie lifestyle primarily because of this technological shift.

“[T]here is such an opportunity for growth and learning how to make the world a better place,” Persad said. “It means that we can do more than one thing and contribute to the world in so many different ways. We don’t need to fit into a box anymore.”

Will “slashies” be the new “freelancers”? Or will both labels be replaced by something else?

In Schneider’s opinion, “freelancer” might sound less stable. Whereas, “if you say you are this and that and that, you may get taken a little bit more seriously,” he said.

In the United States, freelancer remains a more common catch-all than slashie, but you may have more luck marketing yourself as the latter if you’re looking for work across the pond. The shorthand has gained more traction abroad, so if you’re hoping to expand your client base beyond the American market, self-defining as a slashie might be more advantageous there. 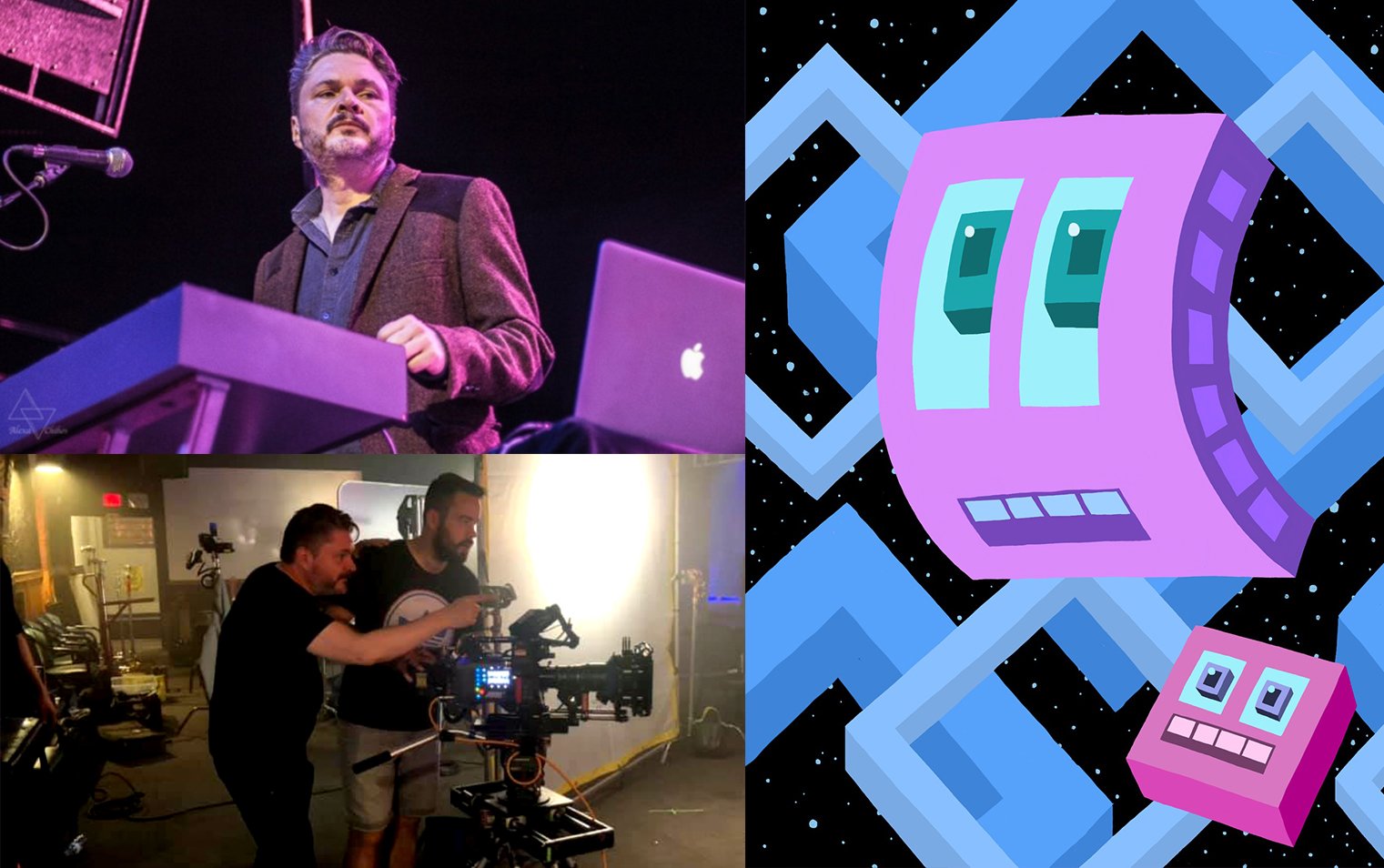 The many faces of Blaine Thurier: musician with the New Pornographers, filmmaker (on the set of his short film "Anxiety;" credit: Jimmy Wu), and cartoonist. Pictured here is his concept art for a children's book series.

But no matter what you are or what you do, how you define yourself and your work is a personal choice. “When it really comes down to it, I have no idea what to call myself,” said Thurier. “Rather than ascribe a label or solitary role to myself, I say, ‘I do this’ — I make music, and I make film — rather than ascribe a specific noun.”

Maria Cambone, a career coach for the Media School at Indiana University, hasn’t heard the term “slashie” but is familiar with the concept. As someone with her own freelance business, Cambone says she feels confident talking to students about those kinds of opportunities but wouldn’t advise them to consider a multi-hyphenate career unless they were already seeking it. “I let [students] purposely wander and stumble into ideas that appeal to them,” she said.

If you have a multi-hyphenate career or are considering one, you have the flexibility of choosing what — or how many — titles to use, depending on the situation and what’s most marketable. If you’re a barista trying to find work as a writer, for instance, introduce yourself as the latter.

When you have the freedom to choose your own title, Schneider recommends using “whatever looks good on a business card or sounds impressive at a cocktail party.”